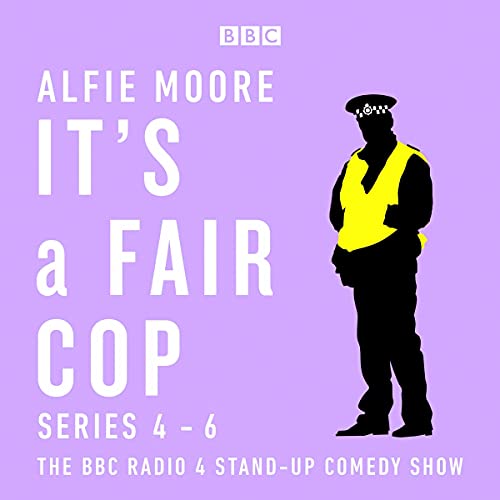 Ever wondered what sort of a police officer you might make?

In series four to six, Alfie dives into deeper topics than before. How many times were you filmed without your knowledge today? What is the legacy of ASBOs? Alfie takes the audience with him as he navigates the twisted world of government surveillance.

Alfie Moore spent 18 years on the Humberside police force before turning to stand-up comedy. In each episode of this live stand-up show, he takes his audience through a scenario based on a real-life case and tasks them with deciding how they would have acted in the circumstances.

Along the way Alfie spills the beans on what it's really like to be one of Britain's finest, tells us some great anecdotes about law breakers and makers that he's come across and gets his audience to divulge secrets about their own, sometimes less than strictly law-abiding lives.

Written and performed by Alfie Moore.

What listeners say about It’s a Fair Cop: Series 4-6

I Love Alfie Moore and downloaded this after loading his first series, Its a lighthearted side of the police and Alfie tell these stories from his own life as a police man, I really cannot recommend this highly enough.. Alfie is great but the audience participation is funny as everyone has a point of view. Please Buy this - sit back and relax and have a giggle.