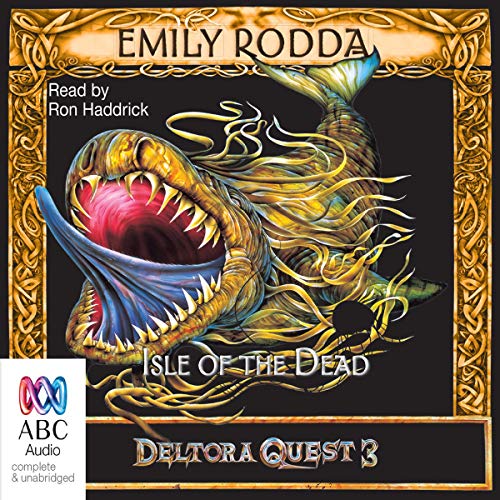 Isle of the Dead

By: Emily Rodda
Narrated by: Ron Haddrick
Try for £0.00

Aided by the mysterious magic of Deltora's last dragons, Lief, Barda and Jasmine have found and destroyed two of the Four Sisters - evil Shadow Lord creations which have been poisoning Deltora. Now, aware that time is running out for the kingdom's starving people, the companions are racing to their next goal, on the wild west coast.

But the Shadow Lord has become aware of their quest. And, somehow, he knows every move they make. Terrible dangers from the present and the past lie in wait for them. And the greatest shock of all lurks in the lair of the ferocious Kobb, on the desolate Isle of the Dead.

What listeners say about Isle of the Dead

I've grown up with these books and I have loved them my whole life. excellently written, the narrator is good too. however, this book in particular had an excess of really bad music that would take me out of the book at times.