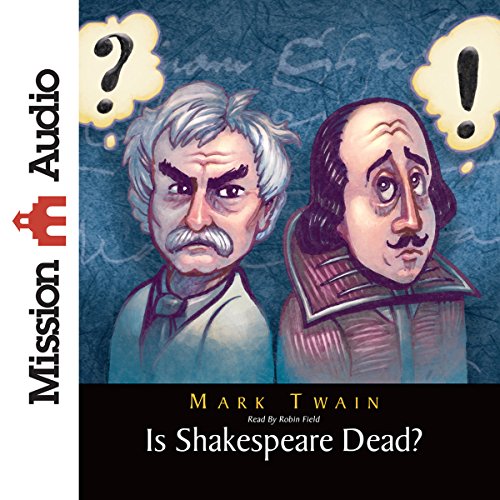 Is Shakespeare Dead? is a short, semi-autobiographical work by American humorist Samuel Clemens, better known as Mark Twain. It explores the controversy over the authorship of the Shakespearean literary canon via satire, anecdote, and extensive quotation of contemporary authors on the subject. The original publication spans only 150 pages, and the formatting leaves roughly half of each page blank. The spine is thread bound. It was published in April of 1909 by Harper & Brothers, 12 months before Mark Twain's death.

In the book, Clemens clearly states his opinion that Shakespeare of Stratford was not the author of the canon, and lends tentative support to the Baconians. The book opens with a scene from his early adulthood, where he was trained to be a steamboat pilot by an elder who often argued with him over the controversy. (Quote from wikipedia.org)

What listeners say about Is Shakespeare Dead?