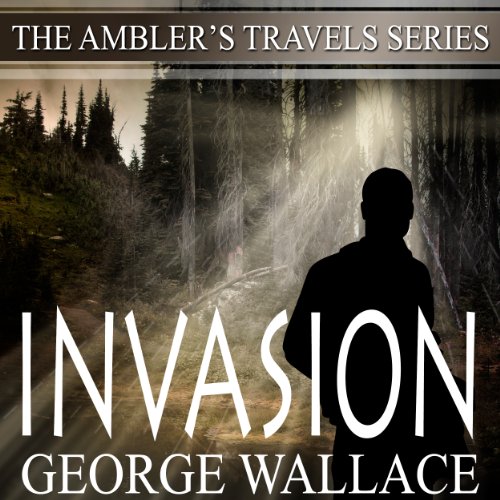 Your world is invaded. Within weeks, your home, your job, and your ability to care for your family have disappeared. The economy and your government collapses. Power shifts. Strong men emerge. Huge populations are suddenly homeless, short of food, and forced to migrate. How do families caught up in the whirlwind of cataclysm cope? Steve Ambler was swept into service, rose through the ranks and profoundly influenced tumultuous events. This series chronicles the struggles of Ambler and the pivotal McCandless family to survive and thrive.

Would you try another book from George B. Wallace and/or Linda Velwest?

Isn't that supposed to be some kind of writer's motto: Show them, don't tell them? Maybe George Wallace didn't get the memo because he spends the first 8 minutes (of the audiobook) on an introduction telling us what's going to happen, including that the events in this story lead into the next book. Yeah, we read. We know about sequels and series of books. That's a little condescending. The introduction is also filled with things that are about to be revealed in the story. Really, Mr. Wallace, why would I want to read this book at all now? I can just skip to the next one. Except I won't.

I figured I would give the book a chance anyway but in the first chapter he fills his description of about 5 different things with long strings of adjectives.
"As Steve arrived, a large Douglass fir tree, the original invasion site was undergoing serious, rapid, multiple attacks."
"He was making notes when his ear caught an explosive sound. It was the sharp, popping, crack, creaking, shrieking, staccato sound of a breaking, falling forest giant."

This is just an annoying, irritating, distracting, lazy way of writing. I quit after this sentence, only 12:31 into the book.

Maybe Ben Bova. I'm in the mood for some good old-fashioned sci-fi.

Have you listened to any of Linda Velwest’s other performances before? How does this one compare?

Not sure but I don't think so. I think she did the best with what she had.