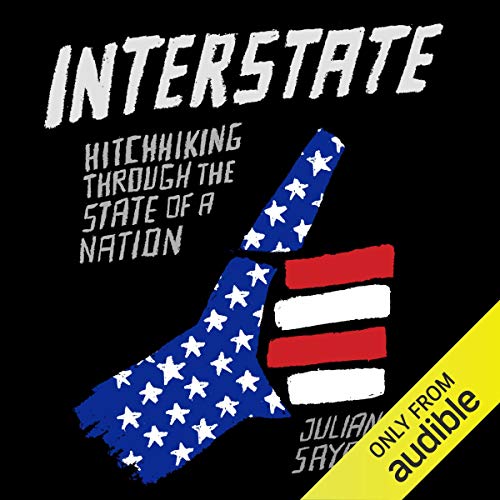 By: Julian Sayarer
Narrated by: Joe Jameson
Try for £0.00

Recruited to work on a documentary project, Julian goes to New York convinced he has hit big time at last. Finding the project cancelled, he wanders the city streets and, with nowhere else to go, decides to set out hitchhiking for San Francisco.

Revisiting this timeless American journey finds an unseen nation in rough shape. Along the road are homeless people and anarchists who have dropped out of society altogether, and blue-collar Americans who seem to have lost all meaning in forgotten towns and food deserts.

Helped along by roadside communities and encounters that somehow keep a sense of optimism alive, Interstate grapples with the fault lines in US society. It tells a tale of Steinbeck and Kerouac, set against the indifference of the vast US landscape and the frustrated energy of American culture and politics at the start of a new century.

"On The Road for the Occupy generation." (Open Democracy)

What listeners say about Interstate

american customs and attitudes seen thru the eyes of someone raised on british sensibilities. very insightful. a cast of uniquely american characters that the author encounters on the road. last chapter was puzzling to me.