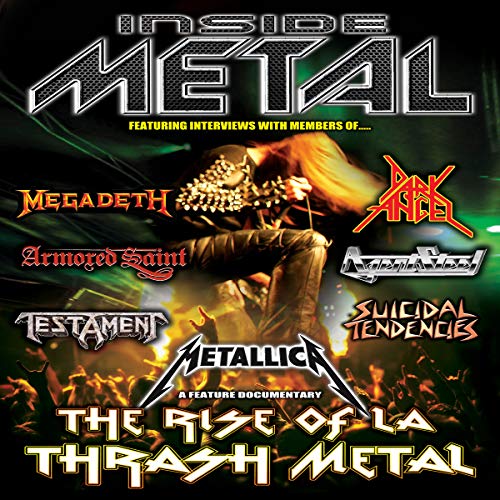 Inside Metal: The Rise of LA Thrash Metal, Vol. 1

Throughout history, the San Francisco Bay Area has long been named as the epicenter for "thrash metal"; whereas, Los Angeles is invariably considered the “hair metal” capitol. True, San Francisco has birthed many exceptional thrash bands since the early ‘80s, but the fact is, LA is the birthplace of three out of the "Big Four” thrash bands, as well as the breeding grounds for many of the more unconventional speed/thrash/punk-metal bands.

Whether it’d be the legendary icons Metallica, Slayer, and Megadeth, or punk/metal renegades Suicidal Tendencies, or underground thrash legends Dark Angel and Hirax, like it or not, they all originated from this pretentious megalopolis hellhole we call Los Angeles! So, why is it that LA thrash metal has taken a backseat to the NorCal Bay Area? This is one of many issues that will be revealed in this compelling two-volume documentary presented by MetalRock Films.

This third installment of the groundbreaking Inside Metal series takes the listener on a journey into the evolution of thrash metal, or “speed metal” as it was originally labeled. Appropriately titled The Rise of LA Thrash Metal explores the '80s metal counterculture with firsthand insight from the bands and artists that ruled the LA metal underground, as well as journalists, scenesters, and insiders from a time in history when metal music was becoming more and more creative, experiential, uncompromising, and extreme - a time when thrash metal was thriving in LA!

What listeners say about Inside Metal: The Rise of LA Thrash Metal, Vol. 1