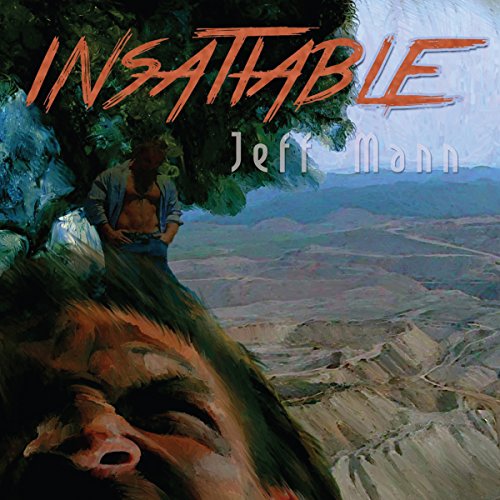 Scotsman Derek Maclaine has fallen in love with his adopted West Virginia home and its burly native son, Matt Taylor. But a local mining company's recent efforts to destroy the land spell an end to all that Matt holds dear.

Derek happens to be an immortal, a creature of the night, a vampire who does not know satiety. After many years without equal, Derek believes stopping a corporation of weak men will be easy. But Alpha Coal employs more than thugs: they are literally demonic.

Derek must work together with a host of supernatural entities - werewolves and witches included - to preserve Appalachia from environmental ruin.

What listeners say about Insatiable

The story starts with an already-established relationship between 47-year-old Appalachian, Matt, &amp; vampire, Derek, who was changed at age 30 and born in the 1700s. They've been together 10 yrs. Derek, a Scottish laird vampire, has some wicked abilities including becoming mist, a bat &amp; a wolf, enthralling and mind messaging folk, fast healing, and etc. Sex is certainly in the story, but there's more fighting than sexing. So the sex does not overwhelm the story at all. There's M/M/M/M, M/M/M and M/M. BDSM happens in the form of biting combined w/ sex and extreme action in their play room using metal nipple clamps, silver chains &amp; ball gag (silver hurts the vamp), a cane, flogger &amp; frat paddle. In the sex, body smells play a really big role as a turn-on. And Derek refers to some of their BDSM action as erotic sadism. Matt, in gay type lingo, is a bear, Derek's fave man type. Matt &amp; Derek share being the dom and have an open relationship where they don't hide from each other what and who they do.
Some listeners may have trouble with Matt and some of Derek's enthralled calling Derek daddy and some statements that some might consider sacrilegious. There's a significant amount of irreverence. Derek and those around him are pagan in their faith. And I mean pagan in its original definition not the skewed one that exist today. Thus, their faith centers on nature, on creation. Additionally, Matt loves the U.S. confederacy, but this is brought up a little.
One of my favorite parts is Okie's lyrical and humorous use of language. Okie was Matt's friend who was a witch and drag queen with the stage moniker Eileen Over (pronounced I-lean over). Some of Okie's phrases included: Orgie on the mountain, Sexual samaritan, Officer otter (otter is a gay body type like bear), Matt's muscular monster, Highlander from hell, Laird needleteeth, Hell laird hillbilly harem, Laird fatal fang. Many of the names referred to Derek b/c Okie wasn't a fan of vampires.
As stated before, there was plenty of fighting in the story. In fact, that's the story's focus. And there's a grand compilation who end up going up against Alpha Coal Co. The author came up w/ the most interesting enemy. Once the fighting started, Derek and his allies were blood thirsty.
The narrator was simply amazing.