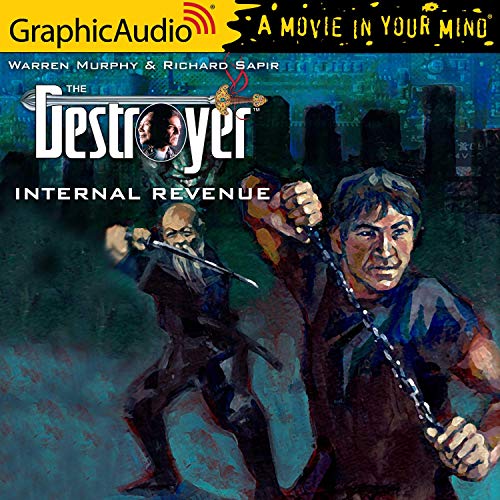 When a smooth-talking artificial-intelligence computer chip known as Friend covertly hijacks the new computer system at CURE, Harold Smith and his supersecret crime-fighting organization log on to turbo trouble.

Friend's fiendish strategy screws up the data base so efficiently that both Remo and Chiun quit - bad timing now that Friend has released a stealth virus that will attack systems everywhere, holding the world hostage to technoterrorism.

With CURE's intelligence network rendered useless and the IRS at his door, Smith's only option looks like a suicide pill. But Friend overplays his hand and now a reluctant Remo and determined Chiun are back on the payroll - powered up to foil the greatest threat CURE has ever faced.

What listeners say about Infernal Revenue