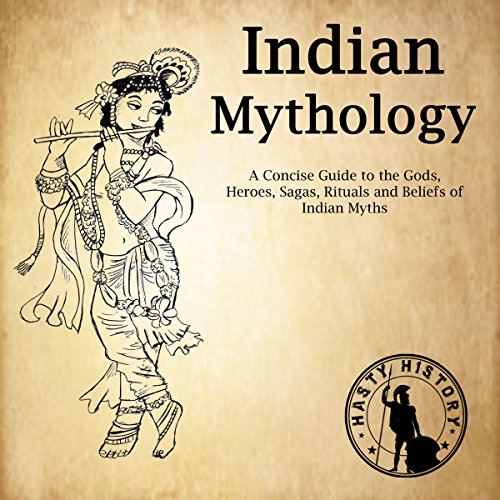 When we talk about mythology, we often think of the Greeks or the Romans. Many people forget, however, that the historical country India, with more than one billion citizens, has a mythological heritage as well. In this audiobook, we’ll dive deeper into that heritage and the beliefs and religions that have contributed to it.

Indian Mythology is an interesting topic for those who try to understand the South Asian culture and come to a more comprehensive level of knowing their background and history.

What listeners say about Indian Mythology

Indians have a lot of myths

I heard of Krishna and Shiva and others, but there is way more to it than that. This book provides good insights.