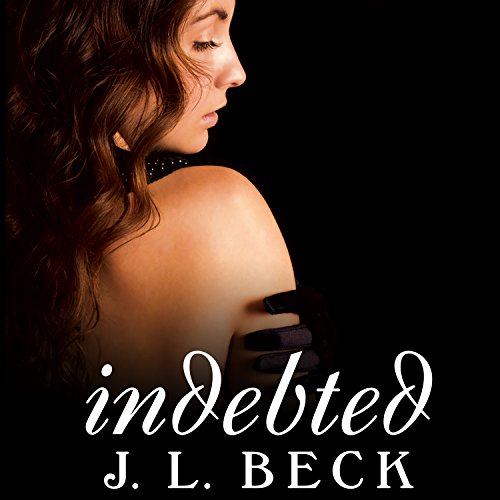 After losing her mother to cancer a few months prior to graduating, Bree Forbes was finally able to take some time away and enjoy her college days. That all changed in the blink of an eye the moment Bree came home for break. She didn't expect to find her dad strapped to a chair, a gun pointed at his head.

Alzerro "Zerro" King wasn't a man to be messed with. Women flocked to him, and men ran from him. He ruled the mafia with an iron fist, and no one ever crossed him unless they wanted to pay the price. He believed that the only way to pay for something, if unable to do so, was to do it in blood. Nothing got him harder than stringing someone up and putting a bullet in their head. That was until Bree.

One look was all it took for him to know that she could pay for her father's debt in many other ways - ways that could get him hard. Could a big-city Mafia king fall in love with the small-town country girl? When push comes to shove, would Bree end up running only to be killed? Or would she sacrifice herself for love?

What listeners say about Indebted

Yesssss, I love this book

This book is amazing and I enjoyed every hot moment. Bree is strong yet innocent and bad mafia boy can't resist or can he. Cliffhangers..ugh

If you could sum up Indebted in three words, what would they be?

Alzerro. He is just dark in the sweetest ways. A favorite of mine when it comes to heros.

It had me hanging off the edge of my seat. The ended was killer.

A Mess of a Story

Could've been a good story if author stayed on track with main plot and kept characters from sounding so stupid or dominant. The female was young and stupid. Back and forth, all over the place with ridiculous lines. The male lead was dominant, a jerk but some redeeming qualities towards the end. Too many sex scenes- how many ways could you describe sex? It gets kind of old to listen to. I fast forwarded quite a bit. Narration was about the only positive thing from the story. Sean Crisden is excellent except for his female voices - not the strongest but ok. I listened to this as part of the romance package. I would never have used a credit for this story.

mafia beauty and the beast

If you like beauty and the beast this is the grown up version with Italians instead of French.

This is a story that is just barely interesting enough to hold your attention. It's a brutal love story about a daughter who is trying to save her father from a debt owed to the mafia. It deals with good vs evil, betrayal, trust ... all mixed up to form a dysfunctional relationship that struggles to overcome criminal roots

I think it is worth a sale...possibly a credit (which I used) if you have nothing better to read on the horizon.

Not for me at all!! Couldn’t get through chapter 1. The storyline just seemed so rushed and trying to hard to be all things at once; kingpin, victim, thugs, master and sub,.... just seems like an attempt to be all things way to early in book.

The story was ok, but the narration really ruined it. I could not tell if it was the narration or the over the top dialog that made this story hard to hear. I wonder if some of my favorite narrators would of changed how the story felt???

I tried really hard to give this audiobook a fair try. This story was ridiculous from a person who runs the mafia but kills all the people that don’t pay him. Really not very profitable there a bank could teach him something. Then loving someone and minutes later putting a gun to their head. The heroine is weak. I stop really listening half the time because the story was just dreadful. I truly enjoy this author because the other books that have been written are very well done but this is a miss for me.

This book is so good! I loved it! Action, suspense, intrigue, and sexiness galore! The storyline and characters are amazing! The Narrators for the audiobook are fantastic and really bring the story to life! I cannot wait to read or listen to the next book!

dark romance that keeps you on the edge of your seat and wanting more and more, narration is perfect and really brings this story alive definitely a must read !!!