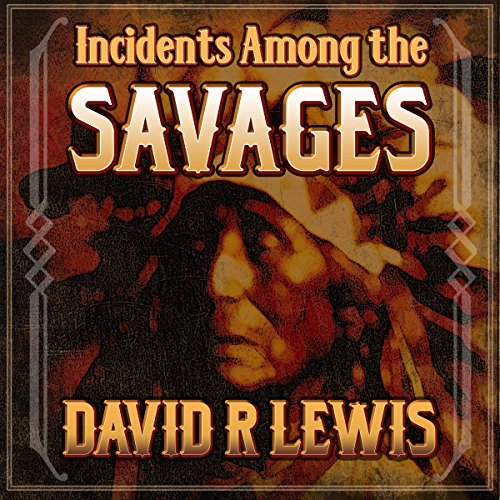 Incidents Among the Savages

Incidents Among the Savages

The year was 1803. It was a time when the West was not only frontier, it was the undiscovered country. It was the time of Meriwether Lewis and William Clark, before the trains of Prairie Schooners and settlers, before cowboys or cattle drives, before Colonel Colt and the six-shooter, and nearly a three quarters of a century before George Armstrong Custer and his men were killed at Little Big Horn. It was a time when the western fur trade was new, and only the first of the mountain men had left the Mississippi behind on their journey into the wilderness. It was there that Nathaniel Horne was alone and dying from the lack of food and the snows of winter. It was there a savage native people, in spite of the fact that he was not a true Human Being, gave him shelter. From that kindness came Snow-Walker, and Nathaniel began his Incidents Among the Savages.

A most entertaining book which appears historically factual and immerses the listener in the story and events. Eventful and well described action events and content generally.

Really great book. well written good narration. I really enjoyed it. if you liked Cheyenne raiders this book will be right for you. outstanding book

Anything by David R Lewis is fantastic story and storytelling! Read all you can get by him. You'll listen to them more than once. They're that good!

A wonderful depiction of the early pioneer Mountain Men and the Native Americans mostly violent interaction. Narration was different yet masterfully enjoyable. Before the U,S. Gov't surveyed the lands West, there was the hard courageous interaction between the "tough as nails" Mountain Men" and Native Americans. I also really enjoyed the spiritual/metaphysical aspect of the Native Americans spiritual visions and ability to foresee future events. Lot's of good old depictions of hand to hand fighting. I loved it! Enjoy, and "Watch your top knot"........watch your'n".

Where does Incidents Among the Savages rank among all the audiobooks you’ve listened to so far?

What was one of the most memorable moments of Incidents Among the Savages?

hard to pick one moment there were so many good ones.

What about David R. Lewis’s performance did you like?

He is a terrific narrator as well as an author. He goes from male to female -- and native American to mountain man effortlessly.

No the whole book was excellent and every bit as good as Louis Lamoure or other famous authors.

This was a complete surprise -- I loved his trail series and hope he writes more. I picked this book not expecting it to be as good but as a work of literature of the early American experience it is one of the best I've read.

The performance was exactly as expected, outstanding. Lewis was superb and did relate the joy, sadness, anger and sorrow with only what a brilliant narrator could do. He is actually an excellent actor as well as a writer. The story was well done and the details were superb, very well done so that as to paint exacting pictures. The characters in the story fit perfectly as do the time line and the details.

One of the best book I ever read.

This book takes you on a road that is full of life, full of love, a lot of laughter, and an ending that was hard. I know that you will enjoy this book as much as I did. 5 Big Stars

I love them all and hated many.

The love the " how to shot an arrow" part

I can not tell you how many parts moved me, with laughter , and tears

I hope the next book I read my this author is a good.

Def worth a listen!!!

A very good listen from inside a tribe where no white man has lived and told about it!! I loved the story line!!!

A true epic worthy of the Greeks of ancient.

If you are strong of heart. And are willing to endure. You will enjoy it.

Following the life of Walks On Snow was a fascinating journey leading to a gripping emotional end. I loved the story and the narrator!

Give it a listen, you will not be disappointed. May the Spirit which lives in all things guide you.