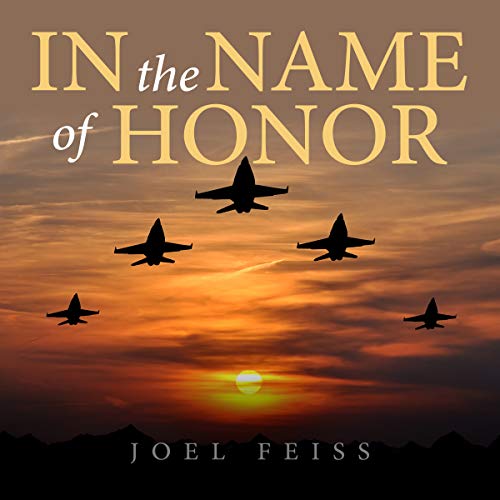 In the Name of Honor

It was December 2011 when the body of Cadet Nicholas Argento was found lying facedown in the snow at the foot of his dormitory. Was his death the result of an accident, suicide, or murder?

With the backdrop of the US Air Force Academy in Colorado Springs, Colorado, investigators Captain Samantha Rodamsky, representing the academy's Office of Special Investigation, and Detectives Zach Fields and Mindy Reynolds from the El Paso sheriff's office are led through a series of twists and turns before they are able to uncover the cause of Cadet Argento's death.

To complicate matters even further, there are political implications, since the victim was the son of Mario Argento, a prominent US senator from California. A turning point in the investigation occurs when Detective Fields is secretly given a diary written 45 years earlier by Cadet Anthony Alexander. This diary details four years in the life of Cadet Alexander. It deals with not only the rigorous physical and mental challenges but also his struggle to follow the honor code, which stated, "We shall not lie, cheat, or steal, nor tolerate among us those who does".

What listeners say about In the Name of Honor

Joel Feiss is a new author for me. I found his book hard to put down. I am so glad I have found a new author to add to my list to read all of his books. This book is a combination fictional story with a true story tucked within. There is the normal fictional story about two sheriff’s detectives going about their job and a story about the USAF Military Academy in the early 1960s. Feiss works in what it takes for a cadet to achieve and survive at the Academy, how the Academy molds men into leaders and the importance of the honor code. The author is a physician and he intertwine medical information into the story in the appropriate places.

The book is well written and the pace is fast. The characters are interesting and we learn more about them as the story progresses. The author had me on the edge of my chair from the beginning. The suspense builds throughout the story. I am looking forward to reading more books by this author.

The book is twelve hours. Dan Carroll does a fair job narrating the book. He has a pleasant voice to listen to. My only complaint he is his inability to do an adequate female voice. Carroll needs to find a way to correct this, then he would be an excellent narrator.

Narration Leaves a Lot to be Desired

I really enjoyed the story-line of this book; however, the narration was awful - it sounded like someone reading a fairly tale to a 3 year old!!! The narrator read in a deep, monotonous tone, with little to no emotion, which made it difficult to loose ones self in the story. I've listened to hundreds of audio books over the past several years, and this is the first time I would have rather read the book myself, as opposed to listen to it. Typically when dialog is being read in an audio book, it actually sounds like a conversation taking place, but not on this one - all lines were obviously being read, in a very deliberate and measured fashion, with no emotion in the voice of the reader.