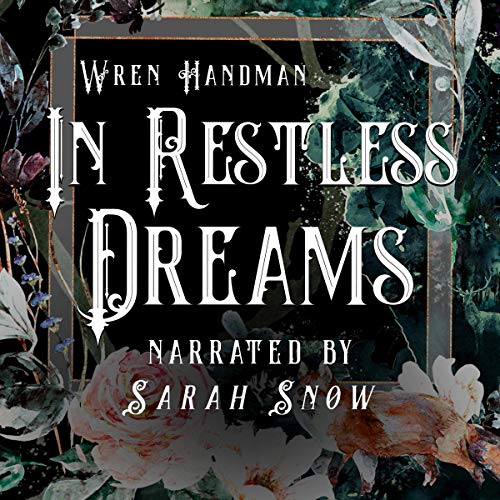 By: Wren Handman
Narrated by: Sarah Snow
Try for £0.00

Sylvia is just a normal girl with huge, normal problems - her mother’s attempted suicide, how to adjust to life on the Upper East Side, trying to make friends in a rich prep school where she doesn’t belong, and whether or not to trust the cute boy with the dangerous eyes.

She thinks that’s more than she can handle, but she tests the limits of her endurance when she learns that she is the long-awaited Phantasmer, a human who can change the fabric of fairy simply by believing in a new story.

Sylvia’s life is thrown off course as two warring courts, the Seelie and Unseelie, both attempt to co-opt her gift to fight the other court, which she has to deal with while trying not to get kicked out of school for fighting. And it doesn’t help matters that the fairies begging for her help are both attractive young men - with their own agendas.

What listeners say about In Restless Dreams

Intriguing and mediocre all at the same time.

I received this as an eARC and audiobook to read for free in exchange for my honest review. Thank you to The Parliament House for giving me access.

The overall story was very interesting and I actually want more of it. The fantasy/fae aspect just didn't seem to fit in to me. It felt thrown in and irrelevant.

A new view of dealing with Fae

I truly enjoyed this Audibook. The narration really brought the book to life. You could really feel what everyone was going through with each and every part of the story. If you like Fae and other stuff in the Magick realm you will truly enjoy this.

This is obviously the first setup for a larger series which is cool. I found the ‘human’ characters to be a bit lackluster but I loved the faerie characters! I’m excited and hope there’s more especially after that epilogue. The narrator was excellent as always.