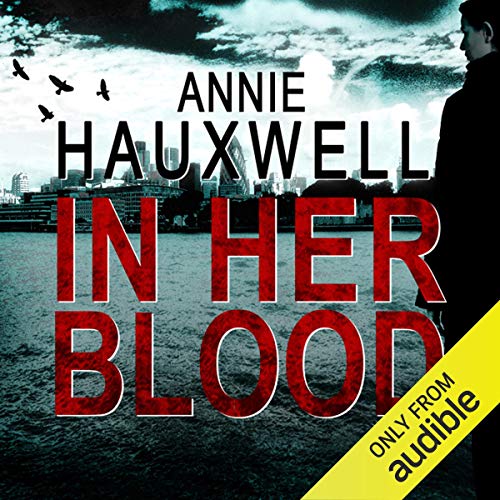 When danger is an addiction, death becomes a habit.

On a bone-chilling February morning, Catherine Berlin, investigator with the Financial Services Agency, finds the almost-headless body of her informant, "Juliet Bravo", rolling in a shallow reach of the Thames. That Juliet Bravo's death is linked to an investigation of local loan shark Archie Doyle is no surprise to Berlin, but when Berlin's own unorthodox methods are blamed for the murder, she realises bigger predators are circling. To start with, it looks as though Berlin will pay only with her job. And then, on a routine trip to her GP (one of a dying breed who will still prescribe heroin to long-term addicts), she stumbles across a second body. Suspended, incriminated, and then blackmailed into cooperation by the detective leading the murder investigation, Catherine Berlin has seven stolen days of clarity in which to solve the crime - and find a new supplier.

Annie Hauxwell was born in London. She abandoned the law to work as an investigator and now combines this with writing. She lives in a small country town in Australia when not in London. Her career includes prize winning short crime fiction and professionally produced theatre and film, and her feature screenplays have been optioned in the U.S. and Australia. Her working life has also included stints as a psychiatric nurse, cleaner, sociologist and taxi driver.

"Catch the wave now, while it's building." (Peter Millar, The Times)
"...a stylishly written and assuredly paced debut that heralds a promising new series." (David Evans, The Financial Times)

What listeners say about In Her Blood

Yes because it is different

What other book might you compare In Her Blood to, and why?

T F Muir's A Tooth for a Tooth because it is similar in the way the truth lies far back in the past with characters who have connections one with the other.

Yes but impossible so I was always eager to get back to it.

On the strength of this book I have purchased her second.

I was mostly confused throughout this book, the characters all rolled into one so that I had no idea what was going on most of the time, I eventually got the hang of Frank Doyle and his son 'Doyle' but the rest of them remain a mystery, Berlin herself was confusing enough, without all the added characters, I may try another book but I'm not sure yet, i need to let this one 'settle' a little first.

Interesting idea, but I found it a bit confusing

Different storyline with a detective who is a drug addict. Seems unlikely, but who knows?

If you’ve listened to books by Annie Hauxwell before, how does this one compare?

Was In Her Blood worth the listening time?

Not really. Unusually for me., I didn't finish it. Kept losing the plot and had a hard time keeping the characters straight.