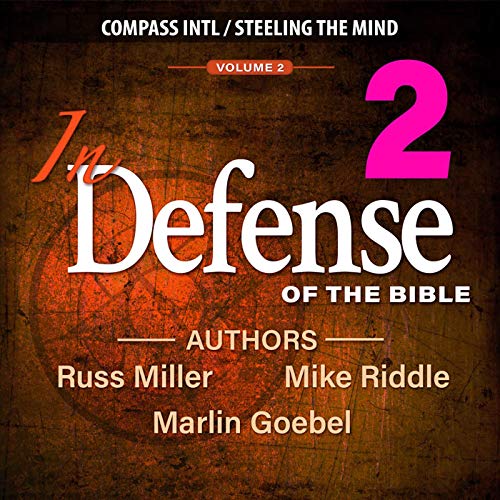 In Defense of the Bible

Grand Canyon is one of the most recognized of all American landmarks, but does the scientific evidence point to being carved out over millions of years or just a few days?

Mike, the top presenter at "Answers in Genesis", makes those who believe in the theory of evolution look foolish. This is probably his best-selling presentation of all time. In fact, if you have a friend or family member who believes in evolution, challenge them to listen. Let's face it, if DNA is a design, and all scientists agree that it is, then you must have a designer!! If you have a designer, you didn't evolve! Awesome!

Chapter three - It's About Time by Russ Miller

This is a great apologetics overview - defending the Bible's accuracy! When did Satan fall? Are there other beings in the universe? Where did Cain's wife come from? Did God use evolution? Why does a righteous God allow death and suffering? And more! Fascinating!

Textbooks in every public school in America hold Charles Darwin in high esteem. Unfortunately, his theories don't hold scientific water! Get the facts to be able to better defend creation vs. evolution.

For 30 years, Marlin has taught thousands how to defend the Bible against pro-evolutionsts' banter. He'll take on the big thee arguments in the creation-evolution arena, and you'll love his down-home style.

The God-less theory of evolution is taught as fact to millions of kids.

What listeners say about In Defense of the Bible

All Christians should listen to these lessons and follow the RULE BOOK, the BIBLE.