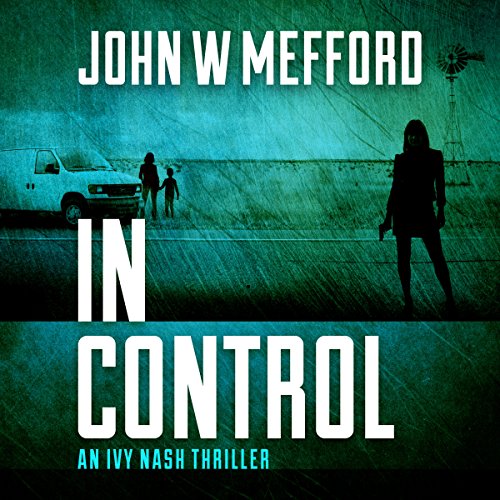 A child is kidnapped, sending a mother into a panicked frenzy. It’s one of a dozen such crimes across central Texas targeting those who live behind the pristine brick walls of master-planned communities.

Ivy Nash hunts the kidnappers, but she quickly sees this case morph into something else entirely different... more dangerous, more twisted than anyone could imagine.

At the same time, the father of Ivy’s long-time friend pleads with her to do what no friend would ever want. But what she learns could shatter their worlds. An international drug trafficking ring. A professional hit. And one cover-up after another. Secrets from the past are exposed, but how can Ivy separate reality from a smokescreen of falsehoods?

With lives on the line, she can’t fail. The clock is ticking....

What listeners say about In Control: An Ivy Nash Thriller, Book 5

So this is book five in the Ivy Nash series. I personally think this is the best one yet. Now that I've come to the end (temporarily) I will take Audible reviewer Wayne's advice and try the first of Mefford's series- Alex Troutt.
Of all of the Ivy Nash books the first and this one are the most credible. This one involves drug trafficking, organ trafficking, extortion, betrayal and perceived betrayal. There is also an example of how a good and loving parent can become the polar opposite when alcoholism replaces common sense.
Julia Farmer does an excellent job narrating.
I really don't want to give away too much of this book, it's just plain good and HIGHLY RECOMMENDED.
If you found this review helpful please indicate so.
Thank You.