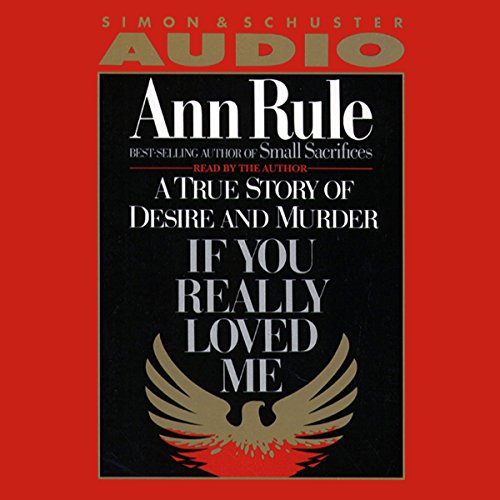 If You Really Loved Me

In 1985, 32-year-old David Brown seemed to have it all. A computer genius with a million-dollar business, married for the fifth time - most recently to a 23-year-old beauty, Linda, the mother of his new-born baby - he was the living emobodiment of a rich playboy. But the signs of the dream life's dark underside were already emerging - especially in Brown's penchant for divorcing his young wives as soon as they matured to full womanhood. The darkness came into full, violent bloom the night Linda was found shot to death in her own bed. Shockingly, Brown's 14-year-old stepdaughter Cinnamon confessed, earning a prison sentence for the murder in a case that rocked California's Orange County community. But even after the verdict was in, officials in the District Attorney's office suspected that all the facts were yet to be revealed. What their further investigations uncovered was a trail of lechery, deceit and betrayal - a trail that began and ended with David Brown. Filled with horrifying findings from the author's exclusive access to the details of the investigation, If You Really Loved Me is Ann Rule's most compelling work yet - a chilling true crime masterpiece!

What listeners say about If You Really Loved Me

If you’ve listened to books by Ann Rule before, how does this one compare?

I am a great fan of Ann Rule the author, but as a narrator she is embarrassing. I only listened for fifteen minutes and gave up.
I also found the accompanying background music distracting and cannot fathom it's purpose. A complete waste of time.

Would you be willing to try another one of Ann Rule’s performances?

If you could play editor, what scene or scenes would you have cut from If You Really Loved Me?

I would not have edited out anything because she is an excellent writer.

Would you try another book from Ann Rule and/or Ann Rule?

Would you ever listen to anything by Ann Rule again?

Who would you have cast as narrator instead of Ann Rule?

If you could play editor, what scene or scenes would you have cut from If You Really Loved Me?

Maybe because it's abridged, I never was able to connect with the victims. Ann Rule needs to stick to writing and not narrator. I absolutely love Ann Rule but this book was a waste of my time and honestly painful at times to my ears. Two thumbs down. : (

Hard to get through!

My first thought was it would be great to have the book read by Ann Rule. I have been a fan of her true crime books for years. Wow, was wrong! I had to stop listening numerous times. She read this as if she had never seen this book before in her life. Very disappointed.

I was hoping for a more in depth story. I'd have liked more background. This story was only two hours. :(

Leave the narration to the pros

This is a short book offered for free on Audible. Since I have read other Anne Rule books and like the way she writes, I was quick to pick this one up. The story, as usual, was well researched and well written, but the narrator was not good. I am always leery of authors who read their own works. Most are just not good narrators, and Ms. Rule is not an exception. Even great authors of amazing books just don’t have what it takes to narrate their own stuff. It seems wrong, I know, but it is true in most cases. Of course there are exceptions, but they are usually authors who are also actors or somehow involved with speaking as their life’s work, and even then it can be iffy. So I didn’t really enjoy listening to this one, if one can be said to enjoy any of Anne Rule’s books, as they are of the true crime genre.

Dear authors, stick to the thing you do best, which is writing, and leave the narration to the professionals.

A Story This Complex Needs about 75k More Words! And it could have done w out the sound effects. Sigh...

it was good but a little short. The reading was a little dull, but that Ann rule for you .

I really can't understand why anyone would want to read an abridged book. so much is left out. I saw the movie and was very interested in reading the book. i usually don't read abridged books but it was cheap. But it was still not worth the money spent. I didn't understand the book because it was very hard to follow because so much is left out. I'm sorry I also have to say the performance was awful. you can't even distinguish between the characters because the performance is so flat. I would have to say that this wasn't very good and don't waist your money

Performance could have been better

I really disliked Ann reading this work. I know the story and watched the movie, however, the reading style of Ann Rule was not pleasant to me at all.

I read this when I was 18, one of her best. I was looking forward to going into all the details again. Unfortunately all I got was an unabridged version of the book I loved. Disappointing!!! There should have been big letters identifying this item as abridged, so I wouldn't have wasted my credit.