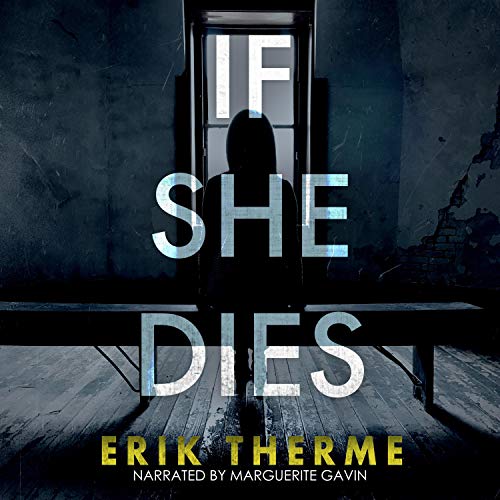 By: Erik Therme
Narrated by: Marguerite Gavin
Try for £0.00

How far would you go to right a wrong?

Nine months ago, Tess’ five-year-old daughter was killed in a car accident. The driver, Brady Becker, was sentenced to two years in prison. It didn't make Tess’ pain go away.

Brady also has a daughter: A 12-year-old named Eve who walks to Chandler Middle School every day. Tess knows this because she's been watching Eve for the last three weeks. It isn’t fair that Brady’s daughter gets to live, while Tess’ daughter does not.

When Eve goes missing, all eyes turn to Tess, who doesn’t have an alibi. But Tess isn’t guilty.

Or so she believes.

What listeners say about If She Dies

Therme has written a great slow-burn thriller, along with probably the best character development of any of his books. He dives deep in the main character's life and psyche, making the reader FEEL the pain ... the danger ... the madness? There were times I really wanted to shout at the protagonist (unusual for me)--which just goes to show how invested I'd become. A recommended listen!

Tess mourns her dead daughter, and her emotional fantasies start to take over her reality.