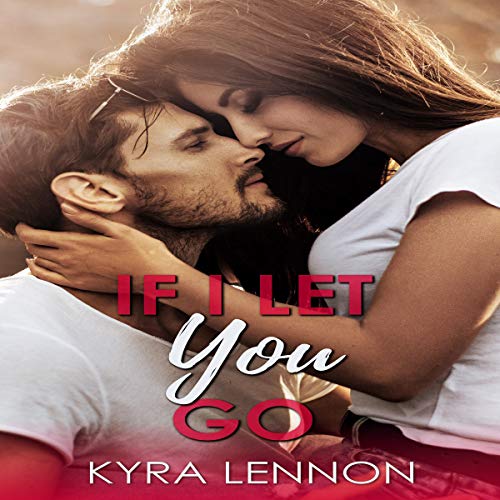 If I Let You Go

If I Let You Go

Madison Connor is about to lose it. Her job, that is. For three years, she's taken care of Dominic Hartley's five-year-old daughter, Tilly, but her world is flipped on its head when Dominic tells her his latest promotion is taking him to New York. With Tilly having a meltdown over the move, Madison and Dominic get into a fight that changes the entire nature of their relationship, causing Madison to ask herself a big question: Can she let him go?

Where does If I Let You Go rank among all the audiobooks you’ve listened to so far?

It ranks very high - I was very impressed.

Madison. I like how she is both feisty and sweet. She doesn't take any nonsense, but she's very loving too.

Which character – as performed by Keely Beresford – was your favourite?

Tilly. Keely made her sound adorable!

The part where Madison and Dominic talk in his car after Tilly's nightmare.

I would recommend this to a friend because it's a very sweet story, and doesn't take long to listen to.

Dominic because he's a nice guy, and there aren't enough really good guys in fiction anymore.

Her voice is so soothing, and I really liked the way she played Tilly. Very cute.

There were some funny moments between Madison and Erica, and Tilly made me laugh too.

Hard to get through, but good.

Where does If I Let You Go rank among all the audiobooks you’ve listened to so far?

Slightly less ... Narrator's voice was far too soft and slow.

This story was a nice "read", but the narrator'is voice just didn't fit. It was very hard to get through.

What did you love best about If I Let You Go?

I loved the sweet interactions between the characters! Tilly is an adorable little girl and it's obvious why Madison loves her so much. The romance was perfect, a nice mix of steamy and gentle!

My favorite scene was Tilly's birthday party and the descriptions of the pretty dresses and make-up! It makes me want to wear some fairy wings and glittery eye shadow.

I definitely listened to all of this book in one sitting! The story captured me and kept my interest as I worked around my place. I didn't stop until the story was over.

Kyra Lennon wrote an adorable romance and Keely narrated it with a gentle voice that really fits Madison's character! Definitely a good listen!