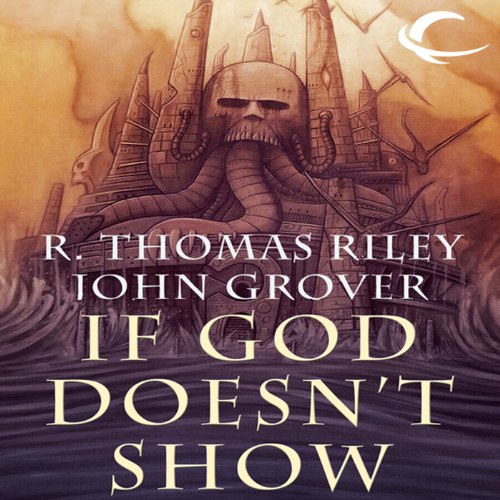 Mysterious shadows threaten the world. Two men - a policeman who lost his daughter to a doomsday cult and a secret service agent whose wife slipped into madness - must overcome personal demons and differences. In tones reflecting the tension and incomprehension of survivors battling a supernatural force, Chris Kaser performs this modern interpretation of H. P. Lovecraft’s Cthulhu mythos as men struggle with the "cosmic horror", reanimated dead, political chaos, and natural disasters accompanying efforts to bring forth "the Great Old One".

If God Doesn't Show is an apocalyptic novel about a group of survivors who must work together to stop the destruction of all mankind. Thaddeus Archer is an ex-police officer whose missing daughter holds the key to the mysterious force that threatens to lay waste to what’s left of our world. It’s a race against time for the broken and desperate Archer, who must trust the only man who understands what’s happening: Gibson Blount, an agent of a secret government agency that doesn’t officially exist.

Both men must overcome their differences and personal demons in a world besieged by the re-animated dead, natural disasters, and Cthulhu.

What listeners say about If God Doesn’t Show

Weird! I am not sure how to write a review about this book. Some elements were good (e.g., the action scenes and the suspense) while others were bad (e.g., the story as a whole and character development).

You have demons controlling the dead while demi gods wage war. Evil and good humans fight to save or end the world as human sacrifice (young girls) are doorways or vessels. A father searches for his missing daughter while a man tries to discover his hero role in destroying the demons and gods.

I couldn't stop listening but at the same time I thought "what a awful book"!

Sorry but I know my review is not much help.