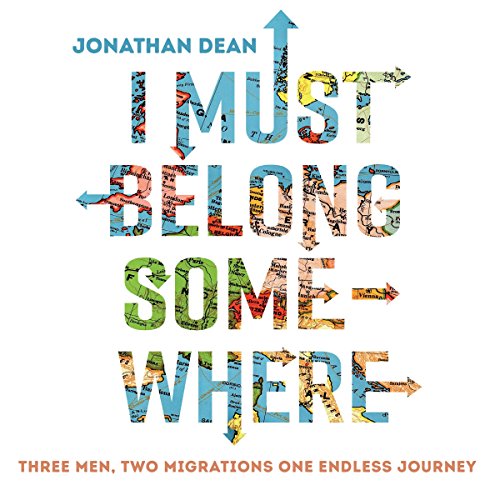 I Must Belong Somewhere

Jonathan Dean's great-grandfather, David Schapira, lived a life of epic achievement and epic suffering. Forced to flee Ukraine at the outbreak of World War I, he was blinded fighting for his adopted country then survived - just - the concentration camp that country later sent him to. In between he found love and laughter in Vienna and became the first Austrian lawyer to train using braille - something no Briton would do until the new century dawned.

Dean's grandfather, Heinz Schapira, was also a refugee. Aged 16, he said good-bye to his parents and embarked on a nail-biting journey to Britain, to escape his fate as an Austrian Jew. The prejudice he faced and assimilation he achieved are laid out in the pages of his diary, pages filled with pain and joy, surprising observations and irrepressible humour.

But this is no ordinary family history. As Dean visits the places which changed the course of his family tree - Vienna, Cologne, Ukraine - he finds history repeating itself. He talks to refugees from the Middle East, people who left their homes and families at the same age as David and Heinz. And he observes the warning signs: the bigoted excesses of Brexit Britain, the rise of the Far Right in Austria, the backlash against refugees in Germany. By viewing these contemporary experiences through the prism of his family history - and vice versa - Dean creates an impassioned, profoundly timely study of what it means to be a refugee, to be European and, ultimately, to be British.

What listeners say about I Must Belong Somewhere