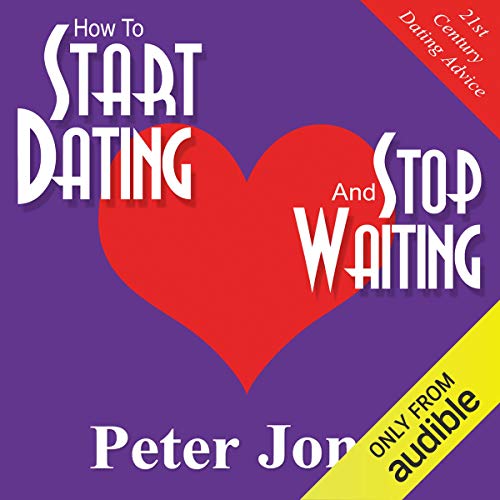 How to Start Dating and Stop Waiting

From the pen-pal clubs of the early '80s, to the lonely-heart ads in the '90s, there hasn’t been a dating service that Peter Jones hasn’t tried! And when Internet dating finally arrived, he was ready and waiting to climb aboard. After many, many years of making every dating mistake there is Peter Jones finally cracked it. There’s love in his life. And it wasn’t an accident.

How To Start Dating and Stop Waiting includes:

If you’ve ever found dating a challenge, if you’ve found dating websites to be less than fulfilling, if the thought of a ‘first date’ terrifies you…this audiobook will guide you through the potential pitfalls, help you avoid the liars and lotharios, and show you how meet and date people you actually like the look of.

What listeners say about How to Start Dating and Stop Waiting

Friendly but not helpful dating advice.