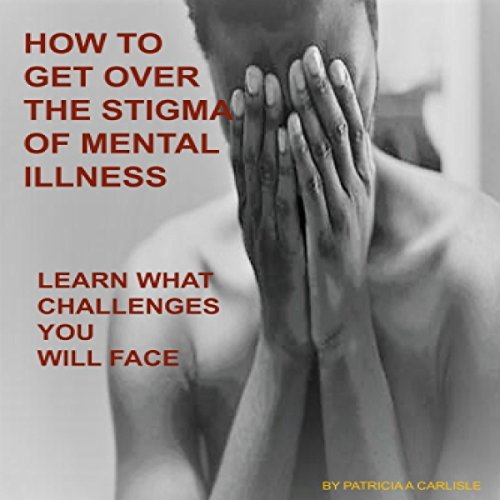 How to Get over the Stigma of Mental Illness

By: Patricia A Carlisle
Narrated by: Cathy Beard
Try for £0.00

Mental illness is a psychological pattern that occurs in an individual and it causes distress and disability. This medical condition disturbs a person's thinking, daily doings, feeling, and ability to maintain with others.

Serious mental illnesses include major depression, schizophrenia, bipolar disorder, obsessive-compulsive disorder, panic disorder, post-traumatic stress disorder, and borderline personality disorder. The most important thing is that it can be recovered. Medical illnesses can take many forms, just as physical illnesses do.

Mental illnesses are still feared and misunderstood by many people, but the fear will disappear as people learn more about them. But in order to be fearless you must get the following information. Mental illness is very common.

One out of every four people in Britain is dealing with a mental illness. Mental illnesses are some of the least understood conditions in society. As a result of this condition, many people face prejudice and discrimination in their everyday lives. However, most people can lead productive and fulfilling lives with appropriate treatment and support. For some people, drugs and other medical treatments are helpful, but for other they are not.

Medical treatment may only be a part of what helps recovery, and not necessarily the main part. It is not a fault of someone rather this is not a sign of weakness, and it's not something to be ashamed of. Persons suffering from any of the severe mental disorders present with a variety of symptoms that may include inappropriate anxiety, disturbances of thought and perception, deregulation of mood, and cognitive dysfunction.

Most of these symptoms may be relatively specific to a particular diagnosis or cultural influence.

Very positive look at mental illness and how to stop the stigma in ways capable for everyone.