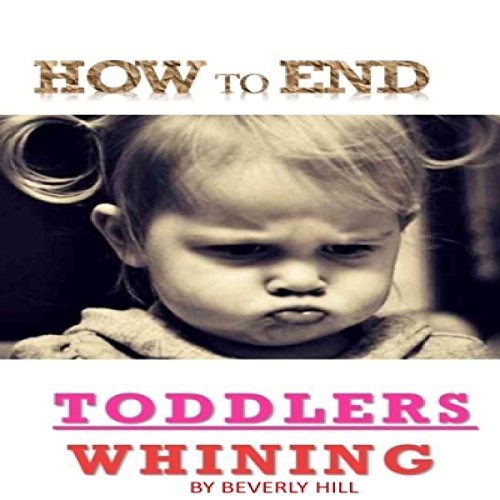 How to End Toddlers Whining

Toddlers learn how to whine as soon as they can form full sentences or sooner. While some kids break out of the habit by the time they reach first or second grade, for others the habit can persist even longer. Most parents ask their kids to stop whining or express annoyance when they do, but that is unlikely to prevent a child from whining if they are in a bad mood, frustrated, tired, hungry, or feeling unwell. While toddlers might have trouble controlling their whining, around the age of 3-4, a child should be capable of expressing the very same words in a less whiny voice.

Whining in toddlers can be compared to a low-grade form of crying, which actually doesn't mean the child is spoiled. Whining can also be compared to an irritating blend of talking and crying, which has the ability to make parent get angry or give in. A toddler whines when they are tired, hungry, bored, and sick, or cannot get what they want such as: Attention, a snack, or a repair job on a faulty toy. The act of whining in toddlers is an ultra-annoying habit that occurs mostly between ages three and six, but how long whiners continue to whine depends on their parent's reaction to it. The more often they get what they want after whining, the more likely they are to whine again.

Usually, whining happens shortly after a child's sense of connection to their parent or caregiver has broken. The ordinary things parents must do, like feeding little brother, cooking dinner, or talking to a friend on the phone, can eat away at a child's sense that he's connected and cared about. For small children in a big world, feeling disconnected chews at their spirits. They flash a signal for help: "I want a cookie!" It comes with a miserable expression, and a body that can barely move.

Once children feel disconnected, any small task can bring up jumbo-size feelings of powerlessness.

What listeners say about How to End Toddlers Whining