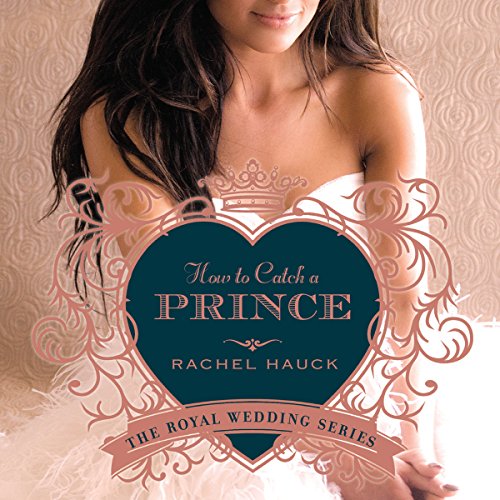 How to Catch a Prince

How to Catch a Prince

An American heiress and a crown prince seem destined to be together. Will the devastation of war keep them apart forever?

Behind him, beside him, before him, the synchronized cathedral bells began to ring out. One, two, three... Then she said it first. The words his heart burst to share. "I love you, Stephen. You are my true prince." American heiress Corina Del Rey caught her prince once. But the tragedy of war kept her too long in a fog of grief. Now she's shifting her life forward, reigniting her career as a journalist. Still, nothing can relieve her of the secret and the love she carries in her soul.

Prince Stephen of Brighton is one of the world's most eligible bachelors and a star rugby player, trying to make sense of his life. But his days in Afghanistan with the Royal Air Command have marked him forever. And he can't seem to shake their dark shadow. But when his brother, King Nathaniel, confronts him with a document the prince thought long buried and forgotten, Stephen is forced to face the pain of his past and the love he left behind.

With a little heavenly help, Prince Stephen and Corina embark on a journey of truth. But when the secrets are revealed, can they overcome them and find love again?

Amazing what the Lord will teach you when you listen to this book. You will not just fall in Love

Loved it! Easy to read! With a touch of spirituality.. It doesn't get any better than that.... Really enjoyed it

Well my fellow readers... yes its me again giving you a report on the third book of this series. Let me tell you they are getting better and better each and every time. Again this book held my attention, my heart, my feelings, and I had to use some tissue paper as well.GREAT BOOK, one more in this series and I don't want it to end. Got a go and start the last book of the series.

I really loved this book. This whole series has been good but I just loved this one!

This was a wonderful book. A wonderful read for all women of different ages. It was full of hope and faith in the Lord. It was a beautiful journey through a dark time in the life of the characters.

This Has Long Been A Favorite Book!

What did you love best about How to Catch a Prince?

It is so well-written and well-developed! It is CAPTIVATING & I love everything about it!

I only didn't like the voice used for Corina Del Rey and for Prince Stephen of Brighton. I have long had in my mind what they would sound like, and this didn't match it. BUT I will listen to this again & again, because I love this book so much!

This is my new favorite book. Everything about it. The narrator, the author and especially the story. This book will definitely be on my bookshelf. It's a "keeper".

How to Catch a Great Listen!

Great writing, great story line, fabulous characters, beautiful voice, and nice narration -- all wrapped up in a great Christian fiction listen. What else can you ask for?

Book 1 was my favorite of the three in the series, but definately enjoyable. Whimsical and fairy tale-ish but in a real life setting. Narrator does a great job with the voices.

Who wouldn't want to catch a prince?

I read the whole wedding series (3 books) on my Nook a few years ago, but I love that I can download Audible books on my Fire. Just finished listening to this one. It was better than the read. The narrator did terrific job of making Ms. Hauck's book come alive. Outstanding voice work. So much so, that I immediately bought another in the same series. I really appreciate Audible. Great selections. Thanks Amazon for making it so easy to obtain. You do not want to miss this book, even if you have not read the first one, it can stand alone.