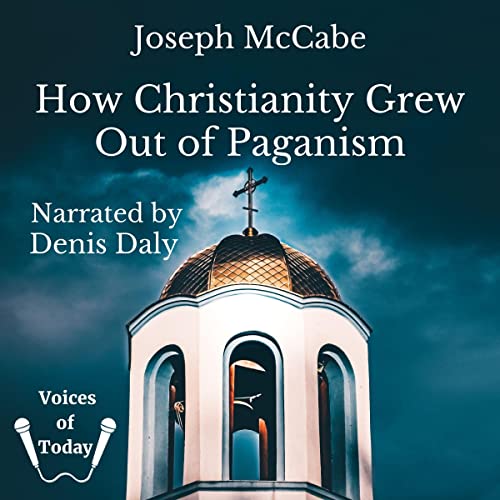 How Christianity Grew Out of Paganism

By: Joseph McCabe
Narrated by: Denis Daly
Try for £0.00

In regard to Christianity and, especially, Catholicism, Joseph McCabe was one of the most learned atheist writers of the 20th century. McCabe was a former Catholic priest, fluent in Latin and several other languages, who had taught philosophy and ecclesiastical history in a Catholic university. During his lifetime he wrote hundreds of books and pamphlets, and translated dozens of others, on various aspects of science and history, and a great many texts on religious topics.

This short treatise was published in 1943 as part of The Little Blue Books library, a collection of short works on a wide variety of subjects, published by the Haldeman-Julius Company of Girard, Kansas.

What listeners say about How Christianity Grew Out of Paganism