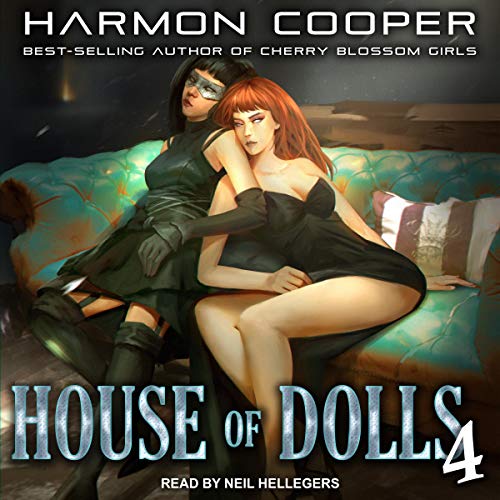 By: Harmon Cooper
Narrated by: Neil Hellegers
Try for £0.00

Hate your job. Start all over. Become an assassin.

Roman Martin's life continues to take twists and turns he could have never seen coming.

A month after losing his power, Roman is greeted by an exemplar named Orange who has some damning information for him. Later, he's given an ultimatum that forces him to become a government assassin, where he's sent to the Western Province in pursuit of a Centralian fugitive he knows intimately.

It's not something Roman is comfortable with doing, but if he hopes to survive and avoid prosecution by his own government, it may be his only choice.

What listeners say about House of Dolls 4

I love this series, each book gets better and better. if you're a fan of the author and looking for a darker story this series is for you!

He does it again!

after the terrible cliffhanger at the end of Book 3 this one continues the cool story and ends at a proper place. the next mission is set .
the mc is till a goody goody whimp
the former teacher is a massive bitch, still
since the mc is the strongest being on the planet, well other than his sister. I want him to destroy his country take over the world solve all the problems in this crazy world.
oh well I anticipate the authors direction for book 5, it may be interesting. hopefully his sister kills Ava. but only dreams.

Roman gets stupider and stupider with each book

I really liked the first book. But each book after just keeps getting worse. I almost quit after the end of the 3rd book but my OCD pushed me forward. Really wish I had quit after book one or two.