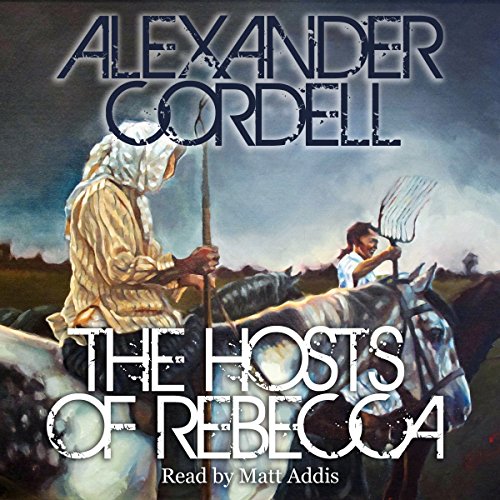 The epic story of the Mortymer family continues in this thrilling sequel to The Rape of the Fair Country set around the Rebecca Riots, when economic turmoil and unjust taxes plunge the people of south Wales into dire poverty, putting many on the brink of starvation. A time when young men ride through the night smashing and burning the symbols of their oppression. The Mortymer family have left their home in the iron-making country of Blaenafon, retreating to the old farmlands of the west. Young Jethro Mortymer joins the rioters in taking up arms, even as he is tortured by his own struggle to conceal the love he has for the beautiful Mari, his brother's wife.

This is a brilliant continuation of Alexander Cordell's classic story of 19th century Wales which began with The Rape of the Fair Country.

What listeners say about Hosts of Rebecca

After listening to the Rape of the Fair Country I was delighted to find a sequel ready and waiting.
I have thoroughly enjoyed following the Mortymer's lives and trails as brought to life by Mr Addis: each character is unique, well rounded and easily identifiable, and all are capable of eliciting emotion from the listener (and there's plenty of it! Cordell's writing pulls no punches and the tension of this era in wales is a turbulent background to this families lives).
I hope this wonderful team complete this trilogy soon, as I don't think Iestyn can have another voice for me now, and it is truly a pleasure to listen to. I would highly recommend these recordings of this amazing series.