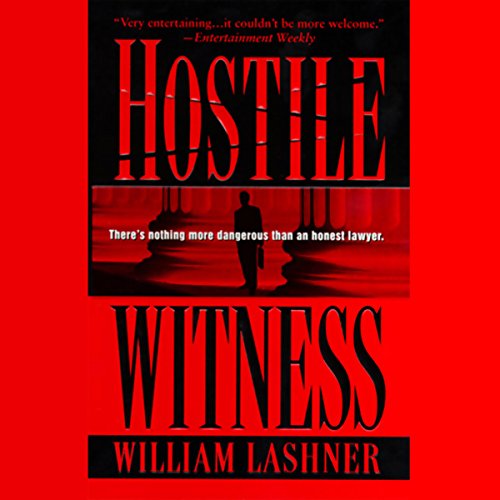 Hard-luck Philadelphia lawyer Victor Carl is just itching for the opportunity to sell out. Then good fortune comes knocking at his door in the guise of William Prescott III, a blue-blood attorney from one of the city's most prestigious firms. Prescott wants Victor to represent a councilman's aide who is on trial, along with his boss, for extortion, arson, and murder. It's the juiciest, highest-profile courtroom extravaganza in years. And all Carl has to do is show up, shut up, and follow Prescott's lead.

But it soon becomes clear that someone's setting him and his client up to take a long, hard fall. Victor Carl may be desperate and unethical, but he's no one's patsy. And to survive in this legal snake pit of secrets, lies, and lethal double-crosses, he's going to play the game his way.

The Victor Carl I love!!

What did you love best about Hostile Witness?

I read this ten years ago in print and recently on audio. The audio version was abridged. I will not say the abridgment gutted the story because I enjoyed it, but I could surely sense some gaps. This is, so far, Lashner's best and Audible should have the unabridged version available.

What was one of the most memorable moments of Hostile Witness?

Victor Carl's style as a lawyer is fascinating and funny. Many great quips.

What does Ken Howard bring to the story that you wouldn’t experience if you just read the book?

Howard has a really good masculine smooth voice. No harshness.