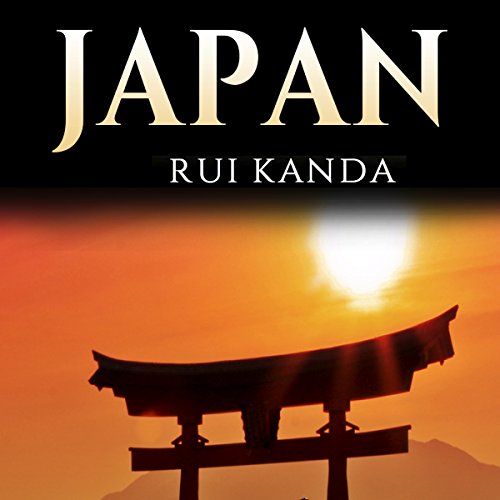 The Most Important People, Places and Events in Japanese History. From Japanese Art to Modern Manga. From Asian Wars to Modern Superpower.
By: Rui Kanda
Narrated by: William Bahl
Length: 2 hrs and 9 mins
Categories: History, World
2 out of 5 stars 2.0 (1 rating)

Now tell us - did you ever like Japan? Do you know anything about its history, or just what you learned from television and anime, in general? That's a good starting point, anyway. If you want to delve deeper into Japanese history, in chronological order, and see the main events that transformed Japan into what it is today, you've just hit the jackpot.

What will you learn from this book? Among others:

This book is for you, no matter if you are a student or a professor, or you just want to learn more about Japanese culture and history.

If you are at all familiar with Japan, the language and culture, you will find this book very disappointing. Pronunciation of names and places was atrocious. The book is either poorly written, or poorly read.
If you are totally unfamiliar with Japan, you may find it interesting. Having lived there and studied Japanese, I just could not finish the listen.

DO NOT BUY THIS BOOK

The narrator is horrendous.
A mix between a newscaster and a person who can’t pronounce a single Japanese word properly. The information might be accurate but the publisher lost 100% credibility with their narrator.

Absolutely painful. I’m asking for Audible for my money back.

Simply an outline, no real details. Narrated as if the listeners are ignorant and hate "educated learning." Never goes into detail about cultural phenomena, spends too long on WW2. If you want a long list of battles and conquerors, listen to this.

In an audible book, if you are going to have questionnaires, you should include the answers, since turning to the back isn't an option. The book has a very Japan-centric point of view, almost apologetic at times. There are no details about the eras described. The narrator rushed delivery and spoke with odd timing. If you knew nothing about Japan, this might be helpful, but otherwise, give it a miss.

Listening to the narrator stumble over the Japanese names and places was almost painful. And he mispronounced English too. Sadly, he made an interesting book impossible to listen to.

Not thorough or complete, but hits the high points. just fine, for a short highlighting

Not at all useful. Terrible in fact.

Seems like book you would have to read in high school that will make you remember why you hated high school. Lots of term, never described. Waste of time. Zero useful content. I rarely write reviews but this was that bad. Would not recommend any books by this author ever.

Would you try another book from Rui Kanda and/or William Bahl?

William Bahl is my problem. He literally sounds like one of those surfer types that are high when they are doing something serious. The book was read too fast, he sounded like Bill and Ted's Excellent Adventure. I was so nauseous I had to turn it off, and now I plan on returning it. What a waste of time.

Would you ever listen to anything by Rui Kanda again?

I might, as long as it's not read by Bahl.

Would you be willing to try another one of William Bahl’s performances?

Hell no. What a waste.

What character would you cut from History of Japan?

Since I couldn't follow the reading, I can't tell you.

Brief, but informative. This book is good for anyone who wants a concise introduction to Japanese history and culture.

An Interesting book, consice but filled with facts. I'd recommend this before visiting Japan, you'll understand and enjoy their history more.