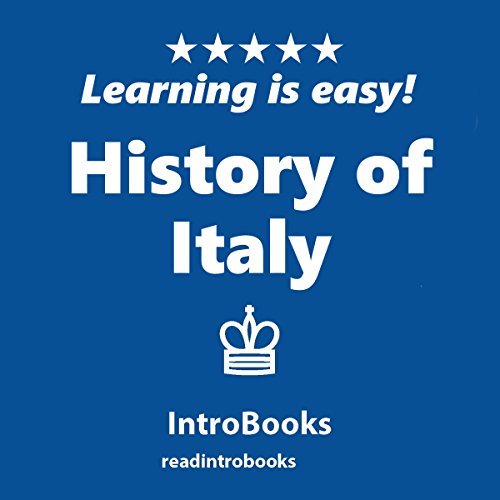 According to archaeological diggings, the presence of modern human date back to 200,000 years ago to the Paleolithic time. The Greek colonies settled in the southern portion of the peninsula and the Sicily in the eighth and seventh centuries BCE. By sixth and fifth century BC they were in their Neolithic time. The commencement of Bronze Age of the Italian Empire is considered to be 1500 BC.

The Italians were dominated by the Romans for centuries before their main city - Rome was made a part of Italy. The Romans always appreciated the Italians and always looked forward to adopting their cultures. Christianity was the main religion by the end of the fourth century in the Italian region.

By the fifth century, the rule of the Roman Empire came to an end and the Lombard Kingdom of Italy was established. Italian wars divided the entire peninsula into three main powers that were Spain, Europe, and Austria. This was later taken over by Napoleon I and was overseen by the French.

In the 19th century, the peninsula was united once again and the Kingdom of Italy was established in 1861. Italy developed quickly, yet there were many areas that were poor and in poverty. It was again taken over by Benito Mussolini, who established a dictatorship over the region. The Fascists were defeated only in 1945 after which monarchy was abolished in 1945 and a new Republic was set up on June 2, 1946. The 1950s and 60s saw tremendous growth and the nation developed so much that the period is usually referred to as the Italian Economic Miracle.

Italy is one of the founding members of the European Union. It is also a part of the NATO, Organisation for Economic Co-Operation and Development, G7, and United Nations Organisation. Italy is a powerful country today and has its say in the global undertakings.

Needs translating and reading by a native

The idea of a full Italian history is really good, but it is difficult to understand as it has been translated and is read by someone who is not native to English