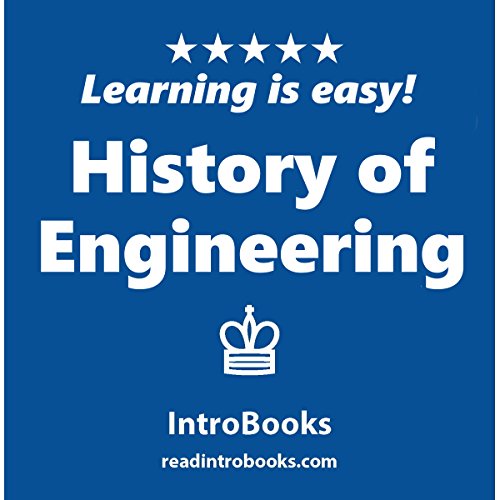 By: IntroBooks
Narrated by: Tracy Tupman
Try for £0.00

The idea of engineering has been present since prehistoric times when humans started shaping important creations like the lever, wheel and pulley. Every invention is described with the contemporary explanation of basic engineering principles of mechanics.

The word engineering has been derived from the term engineer and dates back to around recently 1325 and the word engineer in those times meant or denoted to someone who was the constructor of engines. The term engine has actually become obsolete as it is now refers to a military machine or in a more detailed description it was a mechanical apparatus used in wars. The word engine comes from the Latin word ingenium which means intrinsic quality, particularly cerebral power, as in an ingenious creation.

As time passed more structures like houses, buildings and bridges were invented, which required new engineering techniques. The term civil engineering was introduced to differentiate among those who were experts in building military machines and was called military engineering.

The term engineering is extremely broad and comprises a variety of different types of engineering, each focusing on specific parts of technology, applied science and applications.

What listeners say about History of Engineering

Did you know that the Romans had water powered sawmills and kites built pyramids possibly.