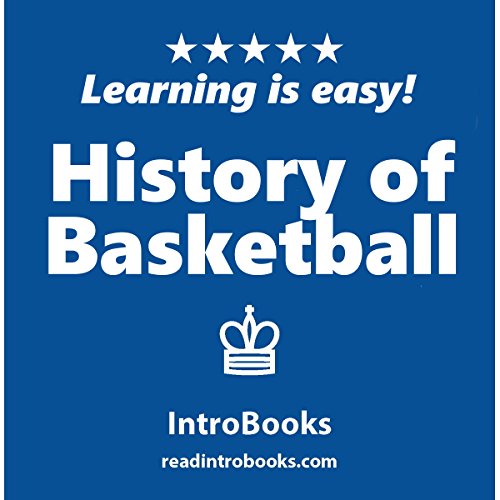 By: IntroBooks
Narrated by: Andrea Giordani
Try for £0.00

In the history of mankind, sports occupy a central place in defining the era and cultures of a particular time period. In ancient times, several sports sprouted up that still exist. The Olympic Games have been with us for the last three millennia. In fact, nearly every sport we see today has had some kind of old connection. Soccer is a medieval-era sport, cricket was invented during Victorian times, baseball was invented after the civil war in America, and golf has possible Roman origins.

Considering the importance of all sorts of sports that have existed since antiquity, one such game that deserves our attention is none other than basketball. Basketball can be easily compared with its contemporary sport of soccer in regards to its following in the international arena, and the nature of the game, which is very similar to football. And yet, basketball remains one of the most overlooked sports in our modern times, in spite of its huge following. Official data suggests that no fewer than 250 million people play basketball every day across five continents. If that wasn't enough then the official data by NBA and its partners nearly doubles that figure if thousands of schools, colleges and institutes that hold their own championships are included.

Basketball is indeed a definitive concept and deserves its own account of history. From its humble beginnings in Springfield College of Massachusetts, it went on to cover a dynamic journey to rival soccer in not more than 100 years since its inception.

What listeners say about History of Basketball