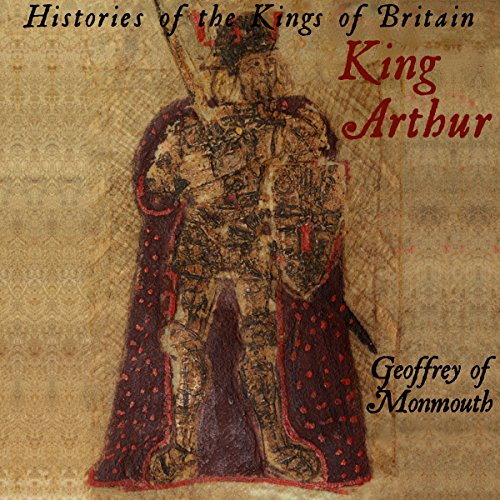 Histories of the Kings of Britain: King Arthur

This may rightly be considered one of the first published sources of the King Arthur legend. The translation by Sebastian Evans of this selection of Geoffrey of Monmouth's chronicle of ancient British kings differs in several respects from more popular versions of Arthurian tales published centuries later. Notably absent here are the Round Table of knights, the Holy Grail, Guenevere's affair with Sir Lancelot, and the Lady of the Lake. In their place is a pseudohistorical account of Arthur's role in British wars against Saxons and Romans - not a work of chivalrous knights in shining suits of armor encountering maidens and monsters, but rather an attempt to forge a national epic for the British people.

What listeners say about Histories of the Kings of Britain: King Arthur

I was looking forward to this but couldn't bear listening to the narrator/ I'm returning it.

It says it’s unabridged, but it’s not. Starts at Book 7 with Merlin’s prophecy. Ignores all content leading up to the Arthurian cycle.

It starts out like it's going to SEEM boring but it gets intense and brutal pretty quick! This portrays a very admirable but NON-Disney perspective of King Arthur that's honestly really refreshing lol

Having listened to Mallory, this is a great source to hear too. One gets a sense of the earlier Briton reality, even if mostly legend. One can see where the imagination was sparked and is still sparked by need, bravery, and tragedy.

For a public domain narration it was pretty good. I'm a big Arthur fan and of course this is one of the important stories that add to his legend