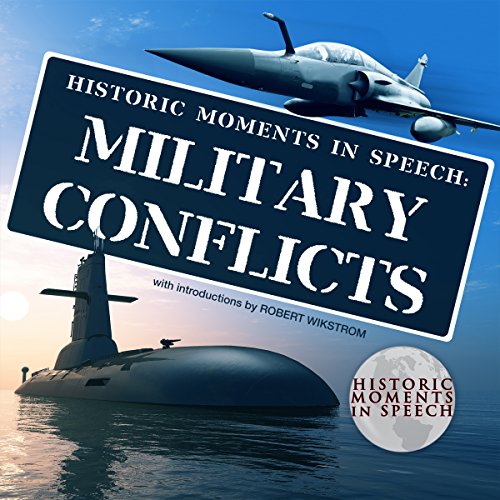 By: The Speech Resource Company - editor
Narrated by: Robert Wikstrom

Speeches given during military conflicts made by world leaders, politicians, protesters, and military leaders. Featured are Prime Minister Neville Chamberlain's declaration of war entering Great Britain into World War II, the famous "Infamy" speech given to Congress by President Roosevelt the day after Japan launched a surprise attack on Pearl Harbor, and speeches about the conflicts in Korea, Vietnam, the Bay of Pigs, Lebanon, Grenada, Panama, the Gulf War, and the War on Terror. Produced by the Speech Resource Company and fully narrated by Robert Wikstrom.

What listeners say about Historic Moments in Speech: Military Conflicts