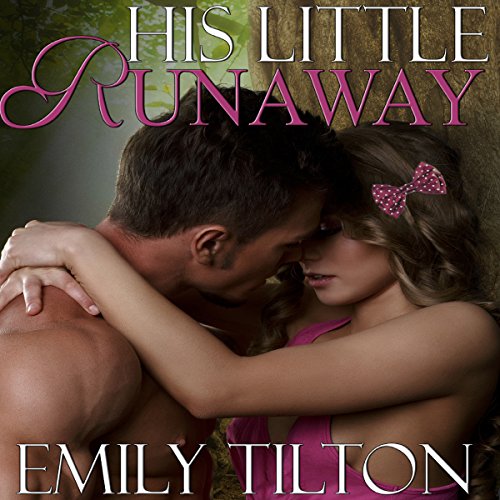 By: Emily Tilton
Narrated by: Patrick Blackthorne
Try for £0.00

After crashing into a police officer's car while driving drunk, 18-year-old Ashley Lewis finds herself sentenced to a correctional facility for wayward young women. Despite her intent to keep a stiff upper lip, however, she is shocked by the way inmates are treated at the facility, and to make matters worse, the warden lets it be known that he intends to single her out for special, intimate attention. In desperation, Ashley makes a run for it as soon as the opportunity arises.

When retired Navy SEAL Wes Garner comes across a runaway girl on the road near his cabin, he takes her home with him, planning to find out her story and then alert the proper authorities. But after Ashley explains her situation, Wes knows he can't send her back to the cruel warden, so he offers her a different option. She can stay with him, but living under his roof will mean not only living by his rules, but being treated as his little girl as well.

Though Ashley hesitantly accepts Wes' offer, it isn't long before her disrespectful attitude earns her a trip over his knee for a painful, embarrassing spanking, and when her naughty behavior continues she quickly discovers that bad little girls get their bottoms punished inside and out.

In spite of her shame at being chastised in such a humiliating manner, Wes' dominance ignites a desire in Ashley which burns as hot as her well-spanked bottom, and soon she is calling him daddy and delighting in his mastery of her body. But when the time comes to stop living as a fugitive, can she trust her daddy to protect his little runaway?

What listeners say about His Little Runaway

EMILY DOES IT AGAIN, SIZZLING HAWT!!

Another HAWT story from Ms. Tilton! I love it! Her stories are always sizzling HAWT and this one is no exception. Ashley made a bad choice and ended up in Juvy. Wes finds her and gives her a choice. I like how the author showed abuse vs choice. Can't wait to read her again. I also loved the narrator's voice. Very well done.

Ashley crashing when she is drunk she is sent to a correctional facility for young women. She escapes and she runs into Wes Things get very interesting form there ,this is definitely intriguing sexy story.
The a narration was good
storyline was fabulous
this was definitely a original story.
5☆☆☆☆☆

good read . moved right along I like Emily Tilton