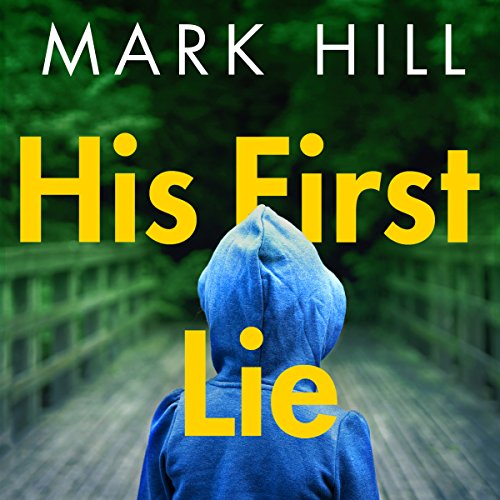 Do you want a thriller that grips from the first line?

Do you want a thriller to leave you gasping for air?

Connor Laird frightens people: he's intense, he's fearless, and he seems to be willing to do anything to protect himself and those he loves. He arrives in the Longacre Children's Home seemingly from nowhere, and instantly becomes hero and villain to every other child there.

Thirty years later, someone is killing all of those who grew up in the Longacre, one at a time. Each of them has secrets, not least investigating cop DI Ray Drake.

One by one the mysteries of the past are revealed as Drake finds himself in a race against time before the killer gets to him.

Who is killing to hide their secret?

And can you guess the ending?

"A fantastic debut: dark, addictive and original. I couldn't put it down." (Robert Bryndza, author of The Girl in the Ice)
"Grips from the start and never lets up." (The Times)
"Wreaks havoc with your assumptions. Hill has a hell of a career ahead of him." (Alex Marwood, author of The Wicked Girls and The Darkest Secret)
"A cracking debut. I can't wait to see more of Ray Drake." (Mark Billingham, number one best-selling author of Love Like Blood and In The Dark)
"Utterly gripping, packed with unforgettable characters - and SO well-written. The twists had me reeling!" (Louise Voss)

What listeners say about His First Lie

Two o'clock boy is a brilliant debut novel and a promising start to a great new series. The complex, cleverly plotted story, great characters and fast pace make it a very thrilling read. I'm looking forward to the next DI Ray Drake book!
The narration by Mark Meadows works really well for this audiobook.

surprised at how much I enjoyed it

I was not expecting much as I had not heard of writer or narrator before, but the narration was excellent and the story drew me in, a few twists along the way and sad when it was finished, -I will definitely be looking for more from both author and narrator

This is an overlong, tedious retelling of a favorite storyline. Thrills turn to yawns as e v e r y detail of the conclusion spells The End, thank Goodness.

Be ready to concentrate!

Friends of mine "accuse" me of having attention deficit disorder. I'm now wondering if they might be right. This book was way too complicated for me. I had so much trouble following who was who, who was the bad guy, who was good. Not in a good way either. I love a surprise as much as the next guy, but this was more confusing than intriguing. Not my cup of tea. Maybe if I had listened to it all at once it would have made more sense. Probably a better hard-copy book than an audio.