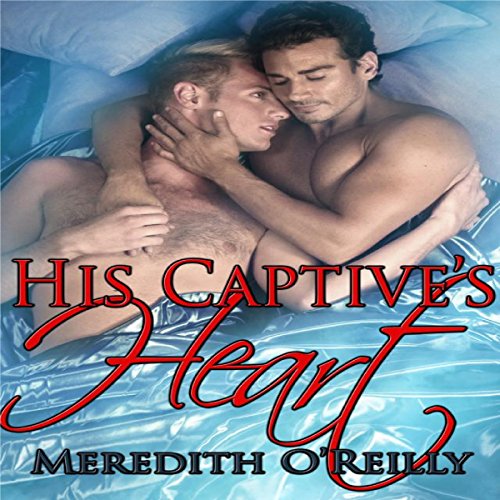 29-year-old lawyer Marcus Bradberry has fantasized for years about finding a firm-handed man who would not hesitate to provide both guidance and discipline while also bringing him the kind of fulfillment he’s only dreamed about. When he meets Dimitri Anderson, the owner of a local kink club, Marcus takes a chance and shares the wildest fantasy he’s ever had with him.

Though he confesses to Dimitri that nothing excites him more than the idea of a being overpowered, kidnapped, and mastered completely by a strong, handsome man, Marcus is nonetheless shocked when Dimitri takes it upon himself to bring this fantasy to life. When Dimitri surprises him after work on a Friday, Marcus soon finds himself blindfolded, handcuffed, and driven away to an unknown place.

It quickly becomes clear that Dimitri knows exactly what his captive sub needs and is more than ready to give it to him, but as the weekend progresses, Marcus realizes that trusting his new master is at times much harder than he expected. Will he surrender to his most secret desires, or will his fears drive him away from his master’s loving arms

Marcus goes into a local kink club to scene with a Dom for a night. When Dimitri sees Marcus, he wants to claim him immediately. Dimitri slowly finds out about Marcus, the new sub in the club and finds out his fantasy is to be kidnapped. Without knowing each other, or even having a trust between each other, Dimitri kidnaps Marcus out of the parking lot. This is where the story picks up steam, and fast. DImitri is a strong Dom that knows how to build up that trust with his subs. Marcus realizes his fantasy is being played out and follows Dimitri blindly. As the weekend plays out, these two fall for each other, and quickly. The chemistry between them is electrifying. The pages steam up as the play out this fantasy. But this fantasy turns into reality and the romance begins.

TG Burns is a great narrator for this story. He is able to keep the voices distinct and separate which is needed to keep this story flowing and easy to follow. This is my first hearing TG Burns. He has an easy to listen to voice. His narration enhanced the story.

Meredith O'Reilly did an outstanding job with this story of M/M love developed through a D/s dynamic I am so glad i read it. There are some unique twists involved in the creation of their power exchange. I don't want to say much as almost anything I would include would add a spoiler. If any part of the opening sentence in this review bothers this would not be a book for you. That being said I am a serious fan of Meredith O'Reilly and she has many wonderful books involving all kinds of folks. This was my first experience listening to T. G. Burns narrate and he is exceptional.

I really enjoyed this book! The characters were great and I loved the storyline. The narrator was also really good

Could you handle your fantasy come to life?

A chance for lovel

This is an amazing book to listen too. It’s short, but it demands your full attention. Marcus is a bit shy and undecided, whereas Dimitri is fierce and forthcoming. Together they are the perfect match to fulfill each other desires and needs.

This books is so excellent. That it made me chuckle a few time. I would recommend this to to the people that like M/M readers