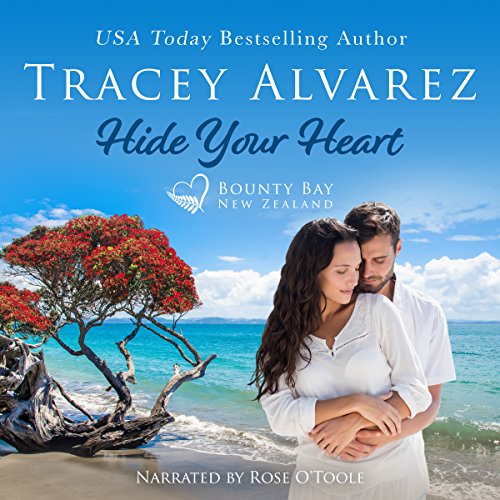 Lauren Taylor and her young son have fled back to her hometown to escape fame's cruel spotlight, and all she wants to do is start over. No press, no pictures, no problem. Until Nate Fraser, a sexy photojournalist, moves in next door. Resisting his kisses and keeping her secrets soon become the hardest thing she's ever done.

Nate's got one foot out the door and one last assignment before he resumes his nomadic lifestyle, camera in hand. His every instinct screams that his beautiful but unwelcoming neighbor is hiding something. He couldn't care less when it's difficult enough to keep his eyes-and lips-off of her. No matter how much Nate attempts to keep his heart out of reach, he's drawn into her life. But a guy like him can never have what he wants most. Can he?

Nate Fraser, a burned-out photojournalist, plans to fix up the property next door to Lauren and sell it as a celebrity retreat. Always on the move, Nate is only comfortable with short-term assignments and even shorter-term relationships. But it's not just his buyer's tight deadline or that the restoration is far beyond his expertise which turns a short-term project into an ordeal. Nate's plan of travelling the globe is in jeopardy-created by the intensity of his growing feelings for Lauren and her little boy.

As the sparks of passion ignite between them it reawakens Nate's long forgotten dream of having a home and family. Lauren must find a way to trust Nate not only with her secrets, but with her heart-before her safe haven is exposed and she can no longer hide in the shadows.

Where does Hide Your Heart rank among all the audiobooks you’ve listened to so far?

This is the first audiobook I have listened to and I loved it, I have read Hide Your Heart in book format, but was sent this as a free download on audible and was at how much I enjoyed listening rather than reading. The audio version gave me a completely different view from reading it, helped I think by it being read with a New Zealand accent!

What other book might you compare Hide Your Heart to, and why?

You cannot compare Tracey's books with anything else, they have a unique power to suck you in.

Any scene with Drew in has to be a favourite, they burrow deep in your heart and the gentle, nurturing way Nate handles him has you melting

This is a lovely but emotional book, the first in the Far North series I cannot wait to listen to the second.Lauren is an amazing, beautiful woman who had a very rough few years but found the strength to escape to protect her son, Drew, a gorgeous, bubbly four year old boy. Although in day to day life both Lauren and Drew are happy, confident, strong characters it takes very little for them to be plunged back into the memories of the nightmare that was their life and become skittish and withdrawn. They live a life of hope and you cannot help but cheer them on as the book progresses and hope alongside them.Nate is big, hard and brash....but only to the outside world, inside he is a giant soft, gooey mess desperate for love and a family- even if he doesn't realise it! He may be all growly alpha male when challenged but this is never converted into aggression. At all times he remains gentle and nurturing, no matter if he is soothing Drew or coaxing Lauren to be the sassy woman he knows she can be. The three of them just 'click' like puzzle pieces, even if Nate is too stubborn to see it and Lauren too scared to acknowledge it! Drew however is the star of this book and he embraces every moment of it, showing the adults exactly how life should be.This is a book full of hope, laughter, tears, hot sex and love. Three fantastic characters, complete with faults that make you want to shake them at the same time as you are falling in love with them, the more of the book you listen to the further into your heart they take up residence.

story was generic, characters were not well written. sturuggled to finish it. narrator did not do a good jov at all

Tracey Alvarez has never let me down. Wonderful characters that you actually get to know. A real storyline and good heat between main characters. Narration was quite well done. I would definitely recommend.

Rural New Zealand isn't quite the polar opposite to New York City, but close enough for a former model hiding from herself. Trigger warning--spousal abuse. This is not described horribly or graphically but enough is shared to make its point. There is also some fairly steamy but, again, not graphic, sex. But there is also struggle and redemption, and a heroine who's not afraid to tackle an overgrown yard with a chainsaw besides knowing her way around the innards of an automobile. Plus we can enjoy a wonderful child and dog and lots of fun moments on the journey.

I had the pleasure of hearing Rose O'Toole narrate the story and she is a gifted vocal actress but does not quite capture the (to American ears) strangled vowels of down under. She does best when she hints at the sound rather than trying to replicate it (once past the first chapter) but her feel for emotion, pacing, and character are superb.

Lauren and her son moved back to New Zealand to get away from her abusive husband. Nate is a globe-trotting photo journalist who buys the run down house next door. Lauren is afraid to let anyone into her life and Nate never wants to be tied down, but with a lot of help from an adorable four year old they get to know one another. There are no big dramas or fights in this story but Ms. Alvarez has no trouble keeping you interested and invested in the story. Ms. O’Toole’s narration is very good. She doesn’t do a lot of big changes between men and women, which is fine. Most important for me is that the narrator never takes you out of the story. I received an advance copy of this book and voluntarily left an honest review.

Lauren is been hiding in Bounty Bay for two years with his son Drew, running from her past life as supermodel in New York and his abusive ex-husband. When she mets Nathan, a photojournalist and her new neighbour for two months while he is reforming the his new house. Can Lauren trust Nathan enough to open her heart again? Is Nathan ready to settle down and have a family after been traveling since his childhood? A love story about trust, commitment and happiness. The audible version is great. You feel as you were inside the story.

Can Love Win the Day ?

My favorite character is Lauren's son... he is just so real, You just have to love him and want to protect him.

What does Rose O'Toole bring to the story that you wouldn’t experience if you just read the book?

I really enjoyed listening to Rose O'Toole's voices and the NZ accent.. It certainly brought the story to life.

If you like contemporary romance stories with just a touch of spice.. I think you will be glad when you choose this story to read.

What made the experience of listening to Hide Your Heart the most enjoyable?

I loved Drew's innocence and simplistic way of looking at life.

Which character – as performed by Rose O'Toole – was your favorite?

This book made me laugh out loud many times!!

Great story, great narrator, an all around good time!!

This was a quick read, a sweet romance. Nate and Lauren had a little heat. I really liked Drew. The pace was pretty steady, and the storyline was interesting.

The narrator did an excellent job. She manages to capture each characters personality. It was easy to forget that there was one person narrating.

I voluntarily listened to and reviewed this Audiobook.

Hide Your Heart is a story about family, not letting the past determine the future, taking chances, second chances, and falling in love again. It is a sweet, sexy read with loveable characters taking place in a beautiful setting. I loved Drew. Rose O'Toole did a good job narrating the book.

I enjoyed this book & the characters! This was a sweet book with a good storyline.