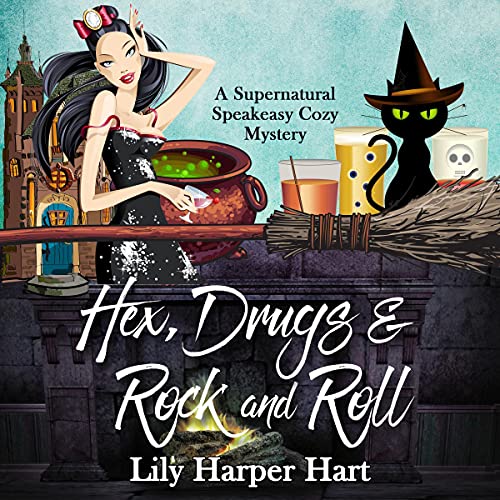 There’s a dark shadow hanging over the French Quarter, and Ofelia Archer is constantly looking over her shoulder because of it, waiting for the enemy to strike. While searching for one enemy, however, she finds another.

On what was supposed to be a relaxing day on the riverwalk, a knife-wielding man tries to take out a street performer and chaos ensues. Ofelia manages to disarm the assailant, but when he’s being loaded into a police cruiser he explodes - literally - releasing a wave of magic that knocks down everybody in Jackson Square.

Upon waking up, Ofelia is convinced it was some sort of surgical attack. When some of the people present at the event start tracking her down with murder on their minds, she becomes more convinced than ever that she was right.

Tourists, police officers, and locals are becoming possessed. The one thing they all seem to have in common is a need to track down Ofelia...and end her.

Zacharias Sully vowed to protect Ofelia no matter what. The odds this time feel longer than ever.

Ofelia and Sully are a team. Working together, they must find a hidden enemy while another stalks their every move. It’s going to take both of them together to come out safely on the other side.

What’s waiting for them there might be even more terrifying.

What listeners say about Hex, Drugs & Rock and Roll

I love the detailed description of New Orleans. I have never been there but it feels like I know the place from her writing. I wish it was longer!

Enjoyed the book. Narration is good. Just sometimes feel if you have a setting in New Orleans a narrator with a Louisiana accent might be a better fit. Overall enjoyed the book. I buy miltiple series by this author and always enjoy the characters and stories.

The more I read about Fe and Sully the quicker they are becoming my favorite. The relationship between them is amazing. I love the trouble they get into.

Another great book by Lily Harper Hart,wonderful character's I can't wait for more of this series.