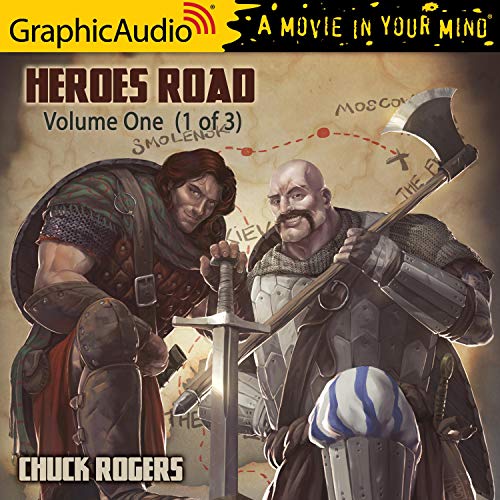 Coel ap Math and Snorri Yaroslav serve on the Frontier with Debts of Commission they can never hope to pay. When an enemy no one believes exists wipes out their detachment, the two warriors find themselves disgraced, destitute, and dishonorably discharged. They are soldiers without a cause, and must pay off their commissions or face a lifetime of indentured servitude or a rope.

With enemies ringing the horizon behind and unimaginable peril ahead, their only refuge is honor, and the only path left to take is the Heroes Road.

What listeners say about Heroes Road: Volume One (1 of 3)

Chuck Rodgers does it again

Chuck Rodgers has become my new favorite writer his stories could really become movies heroes road is amazing cannot wait to see where these two warriors end up a must listen to.