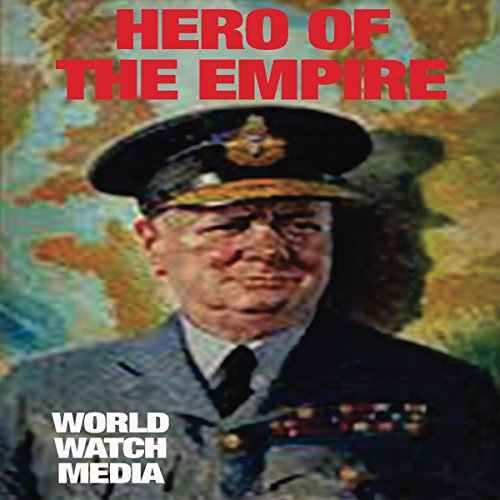 Hero of the Empire

By: World Watch Media
Narrated by: Damien Connolly
Try for £0.00

Winston Churchill's father, Lord Randolph Churchill was a politician and the third son of John Spencer-Churchill, 7th Duke of Marlborough. Following the example of his father, Winston preferred to be known as Churchill. His mother was also born in a respected family, being a daughter of Leonard Jerome, a millionaire from the USA. Lady Randolph Churchill, gave birth to her son in Blenheim Palace, Woodstock, Oxfordshire, two months before the expected date.

When Winston was a kid, his grandfather had been appointed Viceroy, and Winston's father, Lord Randolph, was hired as his private secretary. At that time the family had lived in Dublin and had used to stay there until Winston turned six. Dublin is also a birthplace of his younger brother John Strange Spencer-Churchill. Those years in Ireland are considered to be very important for the formation of the character of the future Prime minister because frequent parades by the Vice Regal Lodge (now the official residence of the President of Ireland) were the probable reason of his passion towards military matters.

What listeners say about Hero of the Empire

The information and delivery is good. The production and editing need work.

The text and narration do a fantastic job of relaying info to the listener, which is the only purpose of this book.
The editing needs to be addressed. There are multiple recorded lines that repeat themselves throughout the audiobook. A paragraph that closes one chapter will start the next chapter. There’s also moments when a paragraph will be immediately repeated within a single chapter. All of these repeats are single recordings that have been played twice as if an editor accidentally duplicated sections of audio and didn’t clean all of it.