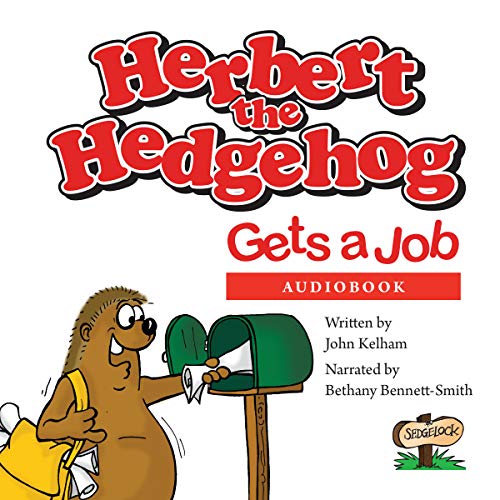 Herbert the Hedgehog Gets a Job

It's a sunny morning, and Herbert the hedgehog has decided to get a job. Mister Rabbit is looking for someone to help him deliver the morning papers, and Herbert thinks it could be the perfect job.

It should be quite simple, but with Herbert involved, nothing ever goes quite to plan!

Herbert the Hedgehog made his first literary appearance in 1984 with a series of three books published by Sedgelock Books before being picked up by Hippo Books, part of Scholastic, in 1986 for another series. The books were a huge success, selling nearly 100,000 copies and leading to the release of a Herbert audio collection from Tempo Music, narrated by Miriam Margolis.

Herbert also made a special appearance in Herbert the Hedgehog Goes to Sea, a story specially commissioned by the RNLI that sold 25,000 copies through their mail-order catalog.

Now, the original author and illustrator, John Kelham and Ron Rigby, have woken Herbert from hibernation and have created a series of brand-new adventures to appeal to a new generation of listeners.

What listeners say about Herbert the Hedgehog Gets a Job