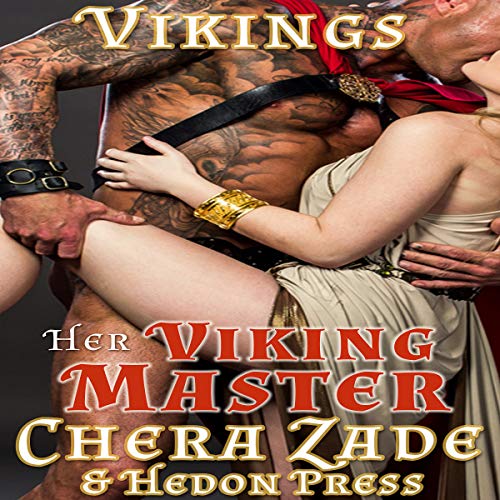 The Viking
Determined to make a name for himself, the fearsome and merciless Norseman Ragnor of Lejre leads ruthless raiding parties up and down the English coast, terrorizing the Anglo-Saxon inhabitants of the kingdom. But when he "rescues" a beautiful young woman from one of those vile nunneries with the view of making her his slave, he may have gotten more than he bargained for....

The Lady
Involuntarily sequestered in a convent, young Lady Elizabeth of Alnwick has spent the last five years of her life in forced silence and solitude in a Northumbrian priory. But when the abbey is attacked by Vikings and she is taken captive by their ferocious leader, her life is thrown off course. Her captor will open her eyes, and her legs, exposing her to a world of sensual joys her innocence could not comprehend....

Their Love
Fearing for her life, Elizabeth must fight to guard her vow of chastity while being kept in Ragnor's tent, surrounded by bloodthirsty Viking warriors loyal to their leader and eager to share in his spoils of war.

Will her spirited resolution to maintain her innocence be enough to dissuade Ragnor's unshakable determination to ravage her? Or will she fall victim to his unrelenting seduction to find passion in the arms of a barbarian and create a love stronger than their enmity?

What listeners say about Her Viking Master (Viking Hedons)

A lovely hysterical Viking abduction with a virgin, seduction, the best bad euphemisms in a row (I lost count at 26 i was laughing too hard.) and LUTEFISK. Lordy lordy I do enjoy Chere Zade.