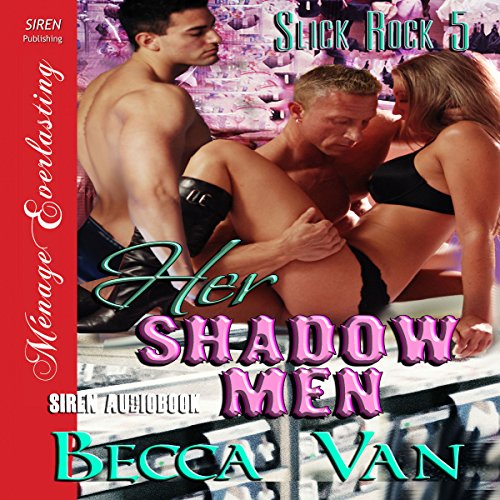 Debbie Newsome has sworn never to get involved with another man again - until she meets Britt and Daniel Delaney. The two men draw her like a bee to honey. She tries to keep them at arm's length, but she eventually ends up in their beds. Debbie isn't ready to face her feelings and runs. Britt and Daniel are out to convince Debbie she is the one and only woman they want in their beds and hearts, but they have a hard time keeping her by their sides. Plus they have a secret, and they aren't sure how Debbie is going to react.

When a criminal from the Delaney brothers' past arrives on the scene, Debbie's life ends up in jeopardy. Can they save her in time?

Publisher's Note: There is no sexual relationship or touching for titillation between or among siblings.

What listeners say about Her Shadow Men

I loved this story

I just love these two guys, Britt and Daniel Delaney. They appear and disappear at will. They are so protective of Debbie. A well done story and narration.