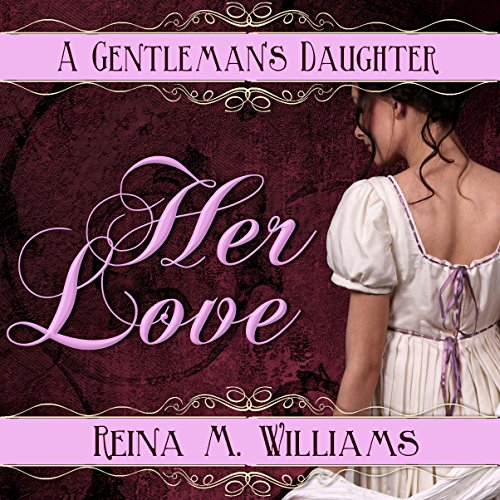 Jack Brightwell is home. For years, he's distanced himself from his only love, and sought justice for his murdered shipmates. Now he must take his place as heir to his family's estate, a position he did not think to find himself in. And his mama, the only family he has left, urges him to marry. When he comes across Emily Latimer crying over her cousin's plan to marry her off to a half-wit, Jack sees a solution for them both, even though it risks his heart, and the love he's kept secret.

Emily Latimer agrees to marry Jack, to save herself, and her cousin Susan, from being forced to marry. Jack had been Emily's childhood hero, and tormentor. She believes she can protect her heart - and Susan - from the machinations of men. But marrying Jack forces her to confront her past, her lies, and her true feelings. While they work to save her cousins, Emily and Jack begin to hope their love can redeem them, and create a new beginning for all they hold dear.

This is the third book in the trilogy and it is a beautiful and welltold story about an unacknowledged love between two people who had grown up together and what happens when they meet again later in their lives. It tells of the kind and gentle Emily and the ever-patient Jack who agree to a marriage of convenience to save her from being forced into another marriage which she really didn't want.
The story is written around them and is made more interesting by the actions of the supporting characters and by Melanie Fraser's very enjoyable and entertaining narration with voice changes which made it extremely easy to identify each character without having to give it any thought.
I loved all of this and I am sure you will too.
I was supplied with a free audiobook by the narrator and this is my unbiased review.

Yes, I would recommend this historical romance to those who enjoy this genre because it was well written and narrated.

I don't usually read romances (or listen) but found the words and storytelling drawing me in.

All of it. The narration brought alive this story so much that I enjoyed it from beginning to end. Well paced, clear and great emphasis on the story and its characters.

It made me smile.

A good story well worth the listen.

What made the experience of listening to Her Love the most enjoyable?

It had a very satisfying story arc, from beginning to end.

Her narration endeared me to the story and characters, especially the main characters. I could feel their experience through Melanie's voice.

Yes. Although I wasn't able to do that.

It didn't hold my attention...

I usually love historical romance so I was exited to start this one, but again I must realize that there's a lot of disappointment in this genre. I couldn't feel the characters at all and it just made me depressed. End of story.

Melanie Fraser did a great narration and was the right fit for this kind of story and this era. She does a good job on the voices and with her British accent you feel you're right there. It's not the narrators fault that the story wasn't well-written, so Melanie gets 5 stars!

*This book was gifted to me in exchange for an honest review.

This is one of the most adorable stories ever! I have always enjoyed love-stories that bring two childhood friends together. As children, Jack always had feelings for Emily, but Emily just thought he was a tease and a scoundrel. I loved the relationship of these two characters!!! The fun part of the story comes when Jack offers to marry her to save her from being forced into a terrible marriage. This story was delightful because Jack knows he has to earn Emily’s love. It also has a bit of mystery along with the sweet love story.

As for the narrator, Melanie does an excellent job. Her voices are superb. The expressions of the characters and laughter that she adds help to draw you into the story. Hearing the characters laugh made it even more entertaining.

I listened to the Audible version of Her Love: A Gentleman’s Daughter by Reina Williams, which is a Regency era story professed to be a “sweet Austenesque romance.” The story centers mourned Jack Brightwell who recently inherited his family's estate after the death of his elder brother. When he stumbles upon his neighbor Emily Latimer crying in the woods, his heart beckons to a decade earlier when he played pranks on her to get her attention. To prevent Emily from being married off to the highest bidder by her cousin Stephen, Jack proposes to marry Emily as a “marriage of convenience.” Emily agrees despite not having any strong feelings toward him - or so she tries to convince herself.

Even though this book sounded right up my alley (Regency romance is my favorite genre), it didn’t keep my interest and felt much longer than a short story. I don’t know if I felt a bit lost because this is the final book in A Gentleman's Daughter trilogy and I didn’t read the first two books, or because the story was just not written well. If this book were a movie, I’d say the lead characters had no chemistry.

Despite not enjoying the story myself, the narrator was sublime! Melanie Fraser was outstanding, providing different voices for all the characters. I’m surprised a big audiobook publishing house hasn’t picked her up yet. Great job Melanie! I was provided a copy of this audiobook free in exchange for an honest and unbiased review.