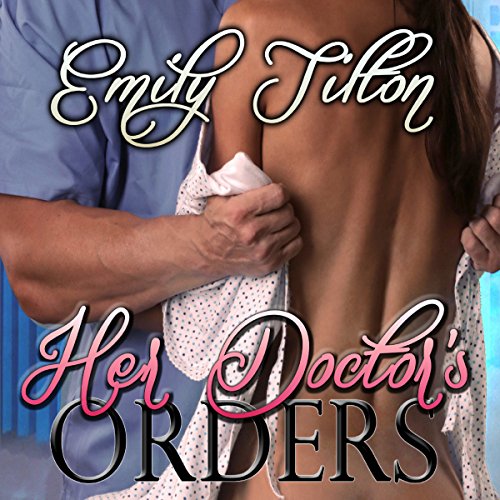 By: Emily Tilton
Narrated by: James Seymour
Try for £0.00

When her mother injures several people while driving drunk, 18-year-old Kendra Jackson rushes to the hospital. In the emergency room, Dr. Levi Hunter promises her that everything is going to be okay, but she cannot imagine how the handsome medic's words could possibly be true, especially once her mother is sent to prison.

Something about Kendra touches Levi, and try as he might, he cannot get her out of his head. Three years later, after another alcohol-induced crash - this time with Kendra behind the wheel - Levi pays her bail and brings her to his house to sober up. After examining her thoroughly - despite her protests and blushes - to make sure she's not seriously injured, he offers to let her stay with him while she gets her life back on track. He warns her, though, that living under his roof means living with his rules - and breaking those rules will have consequences.

Despite her shock at his promise to discipline her when her behavior warrants it, Kendra agrees to his conditions. She soon discovers that Levi is a man of his word, and when bad habits start to creep back into her new life, he takes her over his knee, bares her bottom, and spanks her soundly. When she continues to test his resolve, Levi shows Kendra that a punishment from a firm-handed doctor can leave a naughty girl's face even redder than her well-spanked bottom.

As their relationship blossoms into a passionate romance, Kendra is comforted by the fact that Levi's discipline and love is something she can count on, and she begins to realize that no matter how many bad decisions she makes, he has no intention of ever giving up on her. But Kendra's painful past still haunts her, and she cannot help but fear that what she has with Levi cannot last. Can she bring herself to obey her doctor's orders and embrace her new life at his side?

What listeners say about Her Doctor's Orders

Can't put it down.

I really like this series as a !listening book. Man has a sexy voice.
Thanks.

Levi was my favorite character because he has a good heart, solid morals, unwavering dedication and a purity of spirit.

The narration was horrible, the voice was not well modulated and the performance has many areas where the words cannot be easily understood.... also the speaker seems not to be near enough to the microphone in many instances so the wording is terribly unclear.

Did Her Doctor's Orders inspire you to do anything?

Yes, the story line inspires me to be forgiving and to try to help others in their struggle with life's challenges.