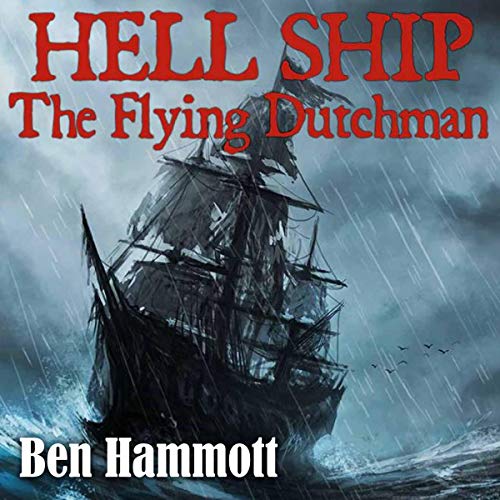 The true catastrophic events of the Fortuyn as witnessed by Tom Hardy, the sole survivor of the aforementioned Vessel.

When an ancient document, written by Tom Hardy, the cabin boy aboard the Fortuyn, surfaces, it reveals he was the sole survivor of the stricken Dutch East India vessel and the gruesome events he witnessed that claimed both vessel and crew.

Because the terrible events he witnessed on board were too fantastical to be believed, Tom kept the truth a secret. However, in an attempt to quell his reoccurring nightmares, he wrote down the events leading to the demise of the crew and the Fortuyn. It is believed by some that the Fortuyn is the lost ship that haunts the seas and has become known as the Flying Dutchman.

Centuries after Tom’s death, the truth can, at last, be revealed.

A ghost ship, also known as a phantom ship, is a vessel with no living crew aboard. These encompass ghostly vessels from folklore and fiction, such as the Flying Dutchman, or a derelict found adrift with its crew missing or dead, like the Mary Celeste.

In maritime folklore, the ghost ship, the Flying Dutchman, has had an impact like no other lost vessel. It has inspired numerous paintings, films, books, opera, etc. The alleged captain, Van der Decken, was on a heading for the East Indies when a ferocious storm overwhelmed them. With sheer determination, he tried to steer his ship through the hostile weather conditions the Cape of Good Hope was famous for but failed miserably even after he vowed to drift until doomsday. Legend declares that since then, ship and crew have been cursed to sail the oceans for eternity.

What listeners say about Hell Ship: The Flying Dutchman