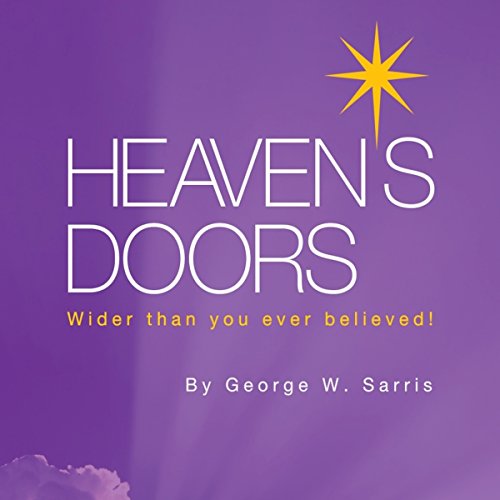 Exposing a 1500-year-old myth about hell!

What happens to us after we die?

For the first 500 years after Christ, most Christians believed that God would ultimately redeem all of his creation. Hell was real, but it had a positive purpose, and it didn't last forever.

Then beliefs changed. For the past 1500 years we've been told that most of the billions of people who have lived on this earth will remain separated from the love and mercy of God for all eternity. The moms and dads, grandmas and grandpas, sons and daughters, relatives and friends who have not exhibited the "right kind" of faith here in this life will suffer in hell forever. But is that really true?

The idea of hell as a place of never-ending suffering is not taught in the Bible. It's a myth that was forced on the Christian church by a power-hungry Roman emperor, was supported by a highly respected but misinformed cleric, and has endured for centuries because it became the status quo.

Heaven's Doors exposes that myth. It explains both historically and biblically how Jesus Christ succeeded in his mission to seek and save the lost. And it shows how the doors to heaven really are wider than you ever believed!

“George Sarris has performed a splendid service in tracing the Christian view of universal salvation, which has deep roots in the Bible and in the church fathers...The book is gracefully written, deeply thoughtful, and based on careful scholarship; it deserves the widest audience.” (David Konstan, professor of classics, New York University; professor emeritus of classics and comparative literature, Brown University)
"I really, really, really enjoyed your writing style. You communicate in a way that draws others into the subject, and your views don't stomp on the considerations of others. It is engaging and friendly, and you use your real life circumstances and communications to illustrate your points." (Todd Hoyt, CEO, eChristian/christianaudio.com)
“Excellent job. So well done...this could be the breakthrough book among Evangelicals and conservative Catholics especially...It is readable, clear, focused and free of red herrings and distracting baggage.” (Brian McLaren, pastor, author, speaker)

What listeners say about Heaven's Doors

You Christian NEED TO READ THIS BOOK.

If you are a Christian you really need to read/listen to this book. It will give you more hope, peace, and faith in Christ than you have ever known.

BEST evidence for BEST news ever!

Where has this book been all my life? Chases away worry, replaces with godly love.