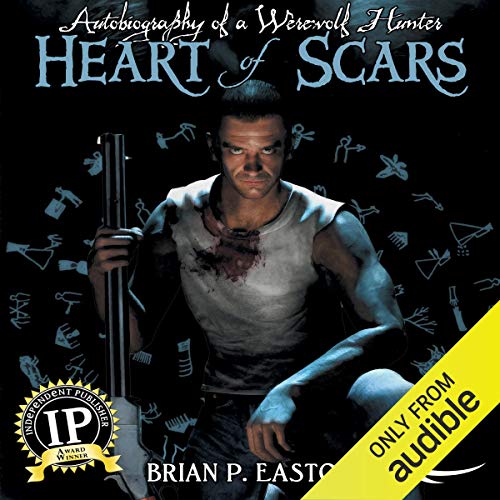 The Cheyenne spirits have named him Heart of Scars. The Beast has taken just about everything it can from Sylvester Logan James, and for 20 years he has waged his war with silver bullets and a perfect willingness to die. But fighting monsters poses danger beyond death. Sylvester's feud has made him a villainous hero whose only remaining virtue is the greater evil of his adversary. Like a wounded animal, he charges headlong toward his own destruction. He contends with not just the ancient werewolf Peter Stubbe, the cannibalistic demon Windigo, and secret cartels, but with his own newfound fear of damnation. Haunted by cryptic nightmares and insatiable guilt, Sylvester's own resolve will not let him surrender to an easy death. And he may just find that his own demons are his closest allies.

Not quite as good as the first one but still one of my favorite audibooks.

I honestly have no idea what I just listened too. I had to re-listen to sooooo much of this book to figure out what was going on.. The author uses adjectives like every other word. Seemed to have a very hard time getting to the point. Very disappointed with this one. I loved the first book. I feel the author was high as h*ll when he wrote this or has the imagination of a 12 year old. I do not recommend it. Only if you want to see what happens to the main character.. Sadly I will probably still listen to the 3rd book when it comes out. :/